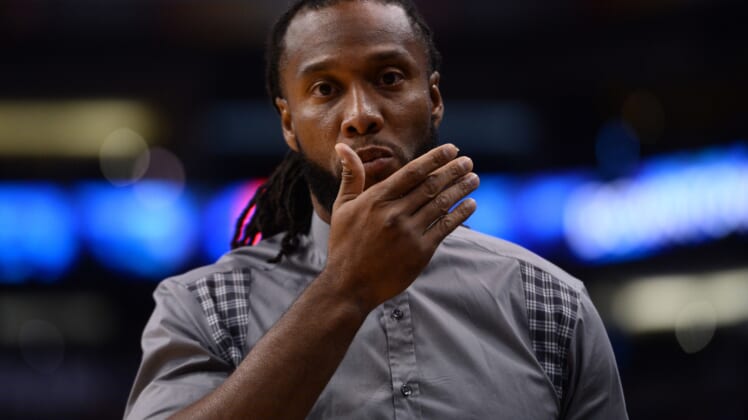 Arizona Cardinals wide receiver has done some incredible things throughout his NFL career. Now he can add a new milestone to his list of achievements, becoming just the second active NFL player to own stakes in an NBA team.

According to ESPN’s Adrian Wojnarowski and Adam Schefter, Fitzgerald completed a purchase this week to buy a share of the Phoenix Suns. He joins Green Bay Packers quarterback Aaron Rodgers, who owns a percentage of the Milwaukee Bucks, as the only active NFL players with purchased stakes in NBA teams.

The 36-year-old has been heavily involved in communities throughout Arizona during his 16 years with the Cardinals. While he won’t have an active role with the Suns this season, per ESPN, he could take on a role with the team upon his retirement.

Fitzgerald ranks second in career receiving yards (17,083), receptions (1,378) and sixth in receiving touchdowns (120). He will be looking to build on those numbers after announcing he is returning for his 17th NFL season.

A season ticket holder with the Suns since 2005, Fitzgerald’s experience at Suns’ games is about to get even better now that he’s part of the team.