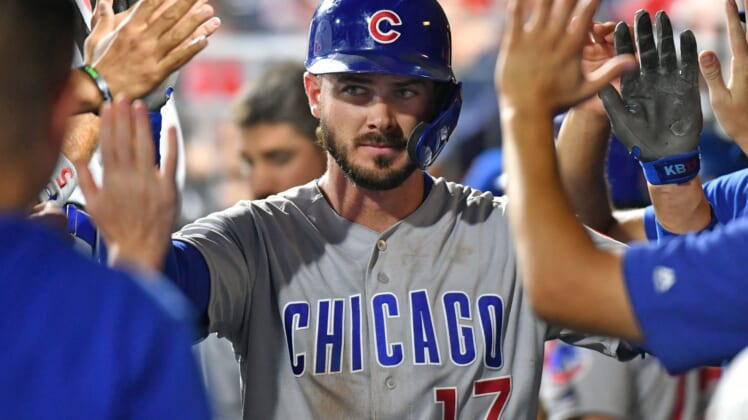 Chicago Cubs star third baseman Kris Bryant lost his service time grievance against the Cubs and will now remain under team control for the next two seasons, per ESPN’s Jeff Passan.

The 28-year-old filed the grievance against Chicago for manipulating his service time in 2015 by bringing him up at a later date in order to receive an additional contract year. Bryant argued his case in front of MLB arbitrator Mark Irving, but the Cubs ultimately received a ruling in their favor.

According to ESPN, the ruling found that the Cubs did not manipulate the service-time rules when they called Bryant up for his MLB debut on April 17, 2015. Bryant, who dominated spring training in 2015, was sent to the minors for two weeks. If the Cubs called him up a day earlier to make his debut, he would be a free agent following the 2020 season.

Now with the manner settled, trade speculation surrounding the All-Star third baseman is expected to pick up. While Cubs manager David Ross offered optimism that Bryant would be with the team on Opening Day, the Cubs are reportedly seeking to make a big move before the season.

Bryant is owed $18.6 million for the 2020 season and will be arbitration-eligible for the final time next offseason. Coming off a season with 31 homers and a .903 OPS, interest will be high across MLB in acquiring the star third baseman.