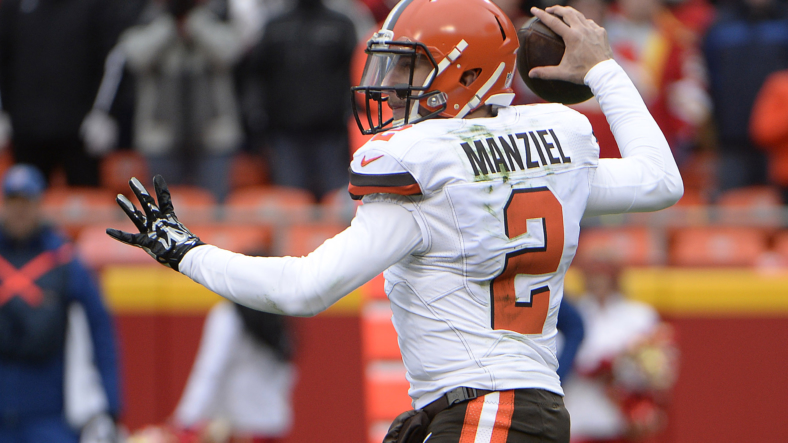 Thanks to widespread access and growing popularity, the recent trend for both current and retired athletes is to team up with a major production network to develop content made for television. Now Johnny Manziel’s getting a chance to tell his side of the story and how his career went from future NFL superstar to being out of the league just two years after becoming a first round pick in the 2014 NFL Draft.

Just in the past few years, we’ve seen several great specials, such as Tom Brady’s miniseries Man in the Arena, or Manti Teo’s Untold: The Girlfriend Who Didn’t Exist. Maybe now Manziel’s documentary can be the latest to capture the sports audience, starved for more content about their favorite athletes of yesteryear. His story certainly has a lot of twists and turns, and many are looking forward to hearing more details about what detailed his professional career.

In this case, Netflix is the production company behind Manziel’s made-for-TV documentary, which was initially teased on Friday. The exact timeline for the release of Johnny Football’s doc is yet to be revealed, but if the execution comes anything close to the Brady or Te’o specials, plenty of viewers will be talking about it once it drops.

While Manziel quickly flamed out in the NFL, the former Heisman Trophy winner has since bounced around several other football leagues. In 2018, Manziel joined the Canadian Football League with the Hamilton Tiger-Cats. He also played with the Montreal Alouettes.

Then in 2019, Manziel briefly joined the AAF, with the Memphis Express. He’s currently in the Fan Controlled Football league, playing quarterback for the FCF Zappers.

While Manziel has lurked around in lower levels of football, he’s said he has no desire to pursue a chance to play professional football in the future.