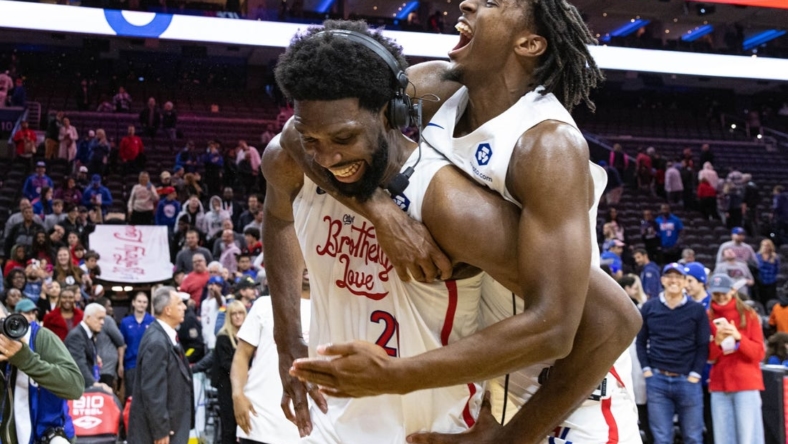 Philadelphia 76ers superstar Joel Embiid put on a show for the home fans on Sunday night, nearly becoming just the fifth player in NBA history to record a quadruple-double.

Instead, the five-time All-Star center had to settle for a career-high 59 points, 11 rebounds, eight assists and a career-high-tying seven blocks in Philadelphia’s 105-98 win over the Utah Jazz.

Embiid, who reached the 50-point plateau for the third time in his career, was 19-for-28 from the field and hit 20 of his 24 free throws.

Embiid dominated the fourth quarter, especially down the stretch, as he scored 26 of the Sixers’ 27 fourth-quarter points — including the club’s final 13 to secure the victory. Five of his blocks came in the fourth, including a late swat with the Sixers leading by three that helped deny the Jazz a road win.