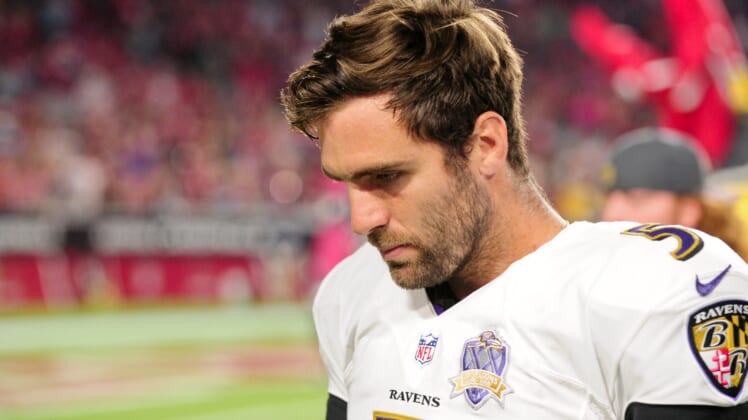 The Baltimore Ravens’ trip to London has not gone too swimmingly. In fact, we’re pretty sure they will want to forget that it ever happened. It’s not that London wasn’t a great host city. It was.

Instead, the Ravens absolutely laid an egg in one of the most embarrassing fashions ever.

After putting up career lows in passing yards (28) and quarterback rating (12.0), Joe Flacco was jettisoned to the bench early in the fourth quarter in favor of Ryan Mallett

Ryan Mallett is now in at QB.

It came with Baltimore down 44-0 to the Jacksonville Jaguars. It also came after Baltimore started the season with a 2-0 record, yielding a combined 10 points in those two games.

More than anything, Flacco was benched because the game was completely out of hand. There was no reason for the Ravens to keep him in there with the team down six-plus touchdowns.