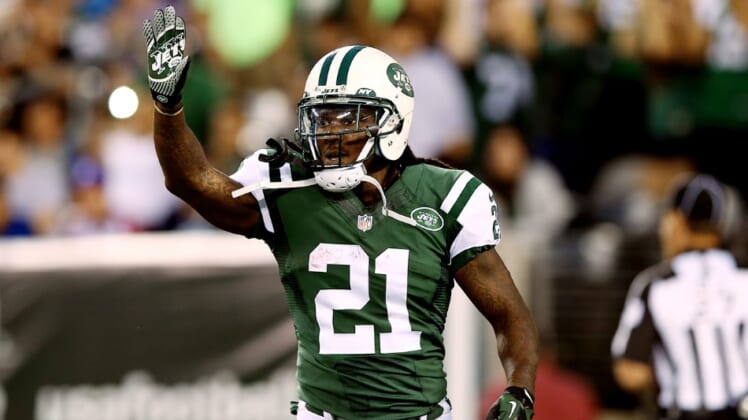 On Friday evening, New York Jets running back Chris Johnson was arrested for carrying a weapon in a public space. Open carry is banned in Florida, but Johnson’s crime is still a misdemeanor, so he probably won’t get much more than a slap on a wrist – which could cause him to fumble, but that’s neither here nor there.

Despite his lack of productivity on the field, Johnson has mostly stayed out of trouble off it. Though, police did check his Orlando house in 2011 for suspected drug activity.

We will have updates when more information becomes available.