Jerry Jones: Cowboys have not met with Urban Meyer 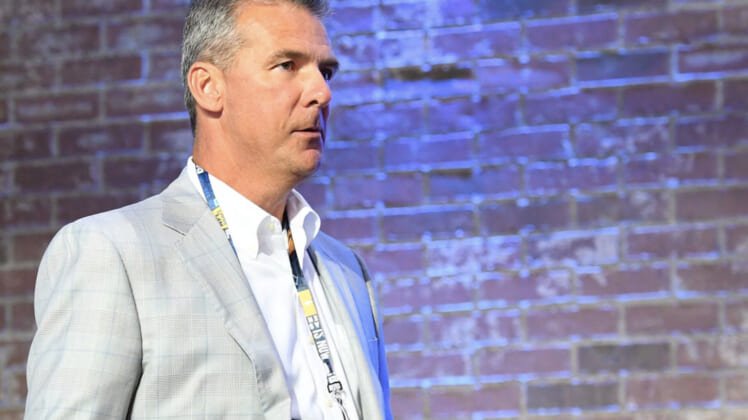 There’s a decent chance that the Dallas Cowboys finally decide to move on from embattled head coach Jason Garrett after the season.

Dallas currently finds itself at 6-7 and tied for first place in the NFC East after losing seven of its past 10 games. While owner Jerry Jones and Co. won’t fire Garrett in the midst of a playoff race, he’s as good as gone after this season.

This has led to speculation that the Cowboys could potentially be interested in former Florida and Ohio State head coach Uban Meyer. In fact, NFL Media’s Jane Slater reported late last week that Jones has talked to Meyer about a potential opening.

The longtime owner shot down that report Tuesday morning in his weekly appearance on 105.3 The Fan in Dallas.

Jones has been saying all of the right things publicly as it relates to Garrett. But at some point even he has to realize that this thing is not going to work out long term.

The owner did clarify his statement regarding Meyer, noting that he doesn’t want to imply a lack of potential interest in the respected head coach.

He joins another high-profile college coach as a potential replacement for Garrett.

This wouldn’t be abnormal for Jones. He previously brought in the likes of Jimmy Johnson and Barry Switzer from the college ranks earlier in his tenure as the Cowboys’ owner.