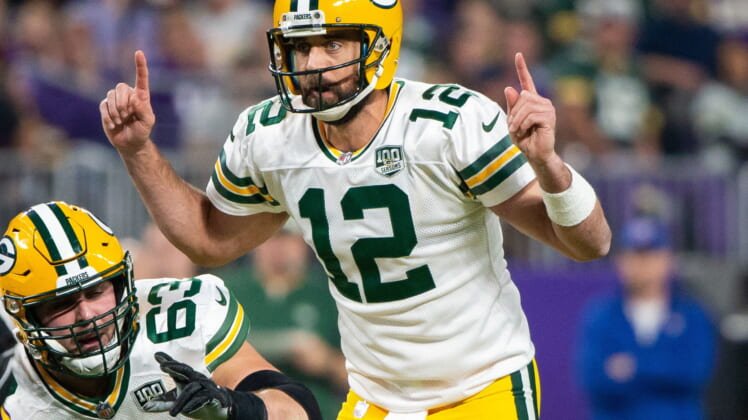 The Green Bay Packers have to swing for the fences this offseason to supercharge the passing game and give Aaron Rodgers the receivers he needs to succeed.

The skinny: There’s been a lot of talk that Rodgers is declining in his mid-30s. But take a look at Green Bay’s roster and it’s pretty clear the thing that’s declined the most is the team’s talent at wide receiver.

Here’s a look at the current situation:

What it boils down to is that the Packers have a bunch of guys that either haven’t lived up to expectations or have limited ceilings, outside of Adams.

Go big or go home: If the Packers are going to transform from a playoff team to legit Super Bowl contender, they have to land another top receiving weapon for Rodgers. Thankfully they have enough cap space ($23.95 million, per Over The Cap) to take a big swing in free agency, and the draft is loaded with potentially elite playmakers.

The top candidates: Here, we’ll dive into the receivers the Packers should target this offseason — a couple of elite free agents and some college star set to enter the 2020 NFL Draft.

First, these two free agents should be front and center in the mind of general manager Brian Gutekunst.

Depending on what happens in free agency, the Packers could do a number of things with their first pick in the 2020 NFL Draft.

Here, we go bold with a trade up from No. 30 overall to No. 7 overall as the Carolina Panthers look to rebuild over the long haul with rookie head coach Matt Rhule.

If the Packers stand pat at No. 30, they can still land an explosive playmaker. Here’s who we’d pick at that spot.

Should the Packers be inclined to trade down, likely out of the first round altogether, they could still come away with outstanding receivers. Here are a few who could be available in the second round.

The bottom line: The Packers need receivers in a big way this offseason. Thankfully, there is an abundance of talent to be found, both in free agency and the draft. It’s time for Gutekunst to once more take an aggressive stance to address an area of need and propel the Packers back into the Super Bowl conversation.