Is Tom Brady a detriment to Patriots’ chances of repeating as Super Bowl champs? 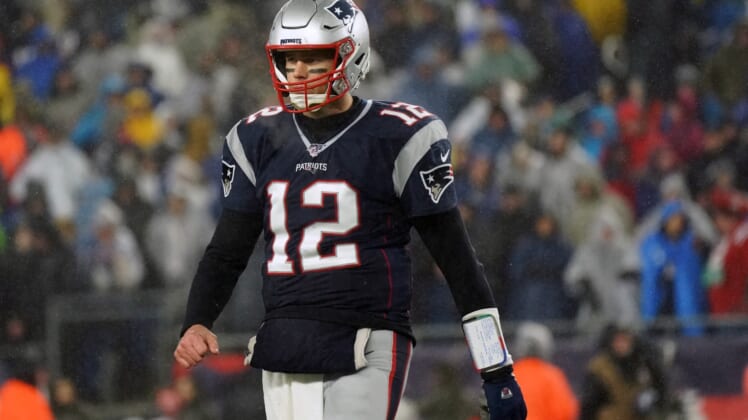 It’s the unspeakable. Every time we count Tom Brady out, the six-time Super Bowl champion makes us look bad.

The hot takes have existed ever since he took over for Drew Bledsoe as the Patriots’ starter eons ago. System quarterback. On the downswing. Father Time will catch up to him.

Are we finally at the point that these narratives actually hold some ground? We think so.

The big picture: Brady is no longer in the super-elite company. He’s a product of the game’s best defense, and nothing more than a game manager. This is not to discount what the 42-year old quarterback has done. Instead, it’s all about what we’ve seen this season.

Comparisons: When looking at Brady’s numbers compared to quarterbacks on other Super Bowl contenders this season, it’s not great.

It sure the heck looks like we’re in the golden age of quarterback play. Just check out those numbers. They are absolutely insane. They also tell us a story of a quarterback in Brady who is lagging far behind other signal callers for top-end teams.

Recent struggles: Brady has not even been a top-20 statistical quarterback over the past half season. It’s really astonishing to see how he’s fallen off the map.

Level of competition: It’s not a surprise that’s Brady’s splits are much better against losing teams. However, the difference here is remarkable.

The bottom line: Tom Brady is very much like a cockroach during the end of days. Every time the four horsemen come calling, he responds accordingly.

At the end of the day, it’s all about a couple basic questions.

If the answers to these questions are a no, it’s easy to conclude that Brady could act as a detriment in the Pats’ hopes of repeating as champs.