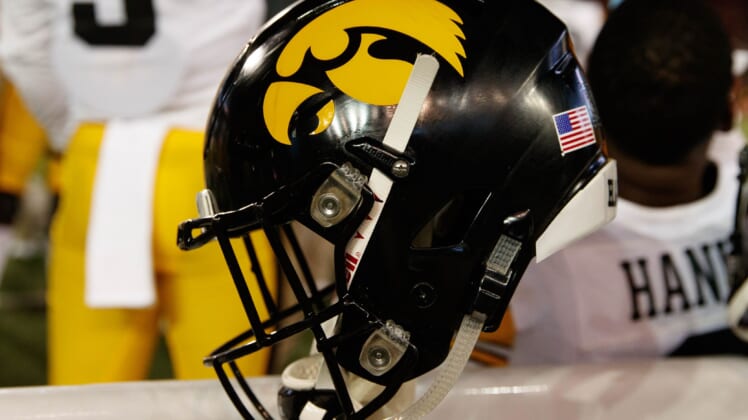 The Iowa Hawkeyes are parting ways with strength & conditioning coach Chris Doyle, accused of racism by multiple former players, but only after a massive buyout with their former coach.

Iowa’s head coach Kirk Ferentz announced this past week that Doyle would be on administrative leave, while the university launched an independent investigation into multiple allegations of racial discrimination by Doyle.

On Monday, the Hawkeyes officially parted ways with their strength coach and gave him a massive buyout package on his way out the door.

The independent investigation, relating to “racial disparities within the football program” is still expected to take place. Recently, former Iowa receiver Derrell Johnson-Koulianos accused Ferentz of orchestrating a police raid against him and for allegedly sabotaging his chances at an NFL career.

Ferentz took responsibility for the racial issues at Iowa, but told reporters he was unaware until recently of the allegations against Doyle or the hostile environment he created.