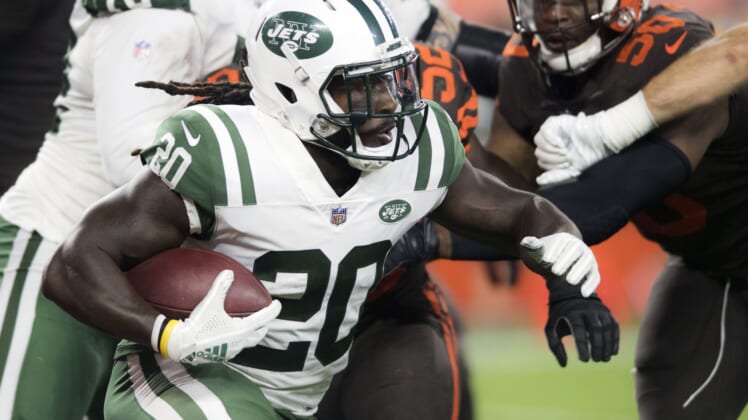 The first touchdown of Thursday’s game was scored by the New York Jets. But the Cleveland Browns are quite familiar with the man who scored, Isaiah Crowell.

On the first play of the second quarter, Crowell, the former Brown, took a handoff from Sam Darnold and cruised in for a seven-yard touchdown run.

.@IsaiahCrowell34 is IN for the TD against his former team! #Jets#NYJvsCLE

The score gave a little jolt to a game that really needed one. The first six possessions of the game each ended in a punt.

Crowell’s touchdown was set up by a partially blocked punt from Kevin Pierre-Louis, which set the Jets up deep in Cleveland territory.