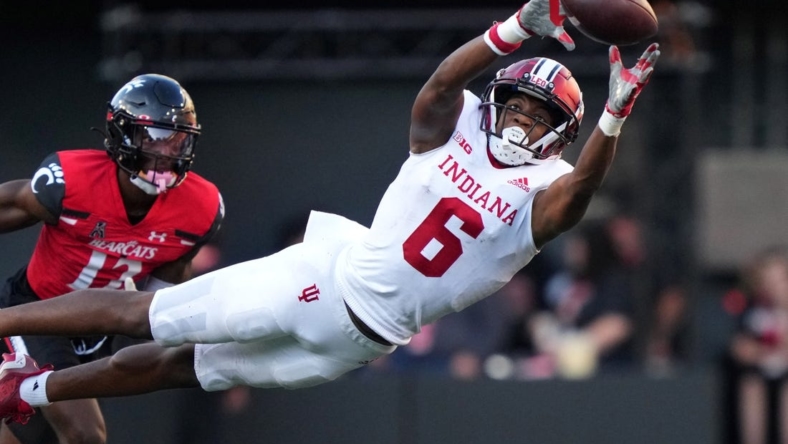 Indiana leading receiver Cam Camper will miss the remainder of the season due to a torn ACL in his knee.

Hoosiers coach Tom Allen said the injury occurred in a loss to Rutgers on Oct. 22. Indiana had a bye last weekend.

“He’ll have surgery in the near future,” Allen said at Monday’s weekly press conference. “He did that in the first half against Rutgers. Obviously, we feel terrible for him. He’s a huge part of our team. He’ll be beginning that long road to recovery and our staff will do a great job of getting him ready for the fall.”

Camper leads Indiana with 46 receptions and 569 yards. He had two touchdown catches in seven games.

The junior college transfer had two huge performances, making 11 catches for 156 yards in his Hoosiers’ debut against Illinois and collecting 10 receptions for 126 yards against Cincinnati in his fourth game.

Also, Allen said standout linebacker Cam Jones remains week-to-week with a foot injury. Jones was injured against Nebraska on Oct. 1 and has missed the past three games.

Jones ranks second on Indiana with 54 tackles despite his absences.