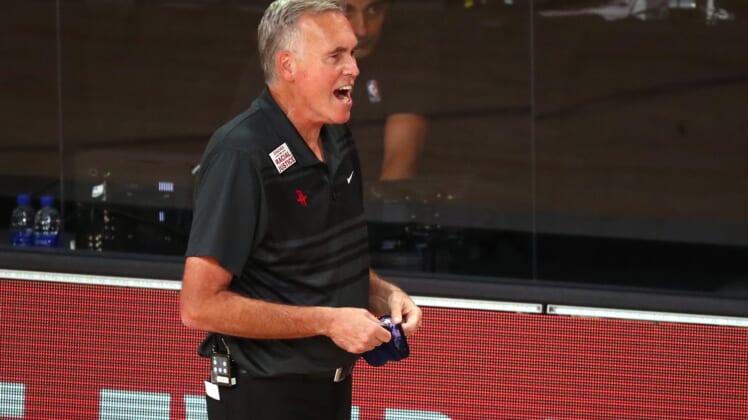 Seemingly inevitable since before the 2019-20 NBA season was suspended back in March, the Houston Rockets will be searching for a new head coach.

One day after his team was eliminated in the Western Conference Semifinals against the Los Angeles Lakers, head coach Mike D’Antoni has informed Houston’s brass that he will not return next season.

Houston won the first game of this second-round matchup before losing the next four. This included an ugly performance from James Harden in a must-win Game 4 outing last week.

D’Antoni, 69, departs Houston after posting a tremendous 207-101 record in four seasons. It was the lack of playoff success that led to this divorce. It will also have wide-ranging ramifications around the NBA.

What does Mike D’Antoni’s depature from the Rockets mean?

Houston is not necessarily looking to start anew with a rebuild. D’Antoni was always going to be a questionable long-term fit in Houston. That became evident following the Rockets’ disastrous postseason performance against the Lakers.

With that said, he’s going to be bandied about a whole lot as other teams search for new head coaches. As for the Rockets, they’re now one of the more attractive openings around the Association.