How signing with the Saints can revitalize Jameis Winston’s career 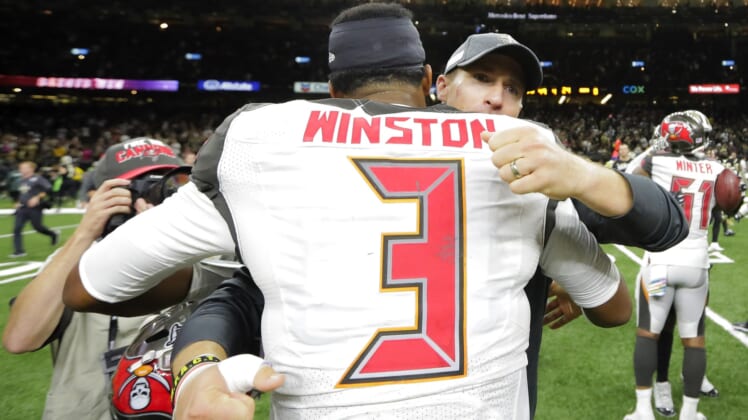 Jameis Winston entered the offseason hoping he could return to the Tampa Bay Buccaneers and make up for the lost opportunities that defined his early career. Once that opportunity closed and starting spots disappeared, the 26-year-old’s seemed destined for the New Orleans Saints.

Winston and the Saints are closing in on a one-year contract, per Yahoo Sports’ Charles Robinson. When the deal is finalized, it could be remembered as the moment that turned Winston’s career around.

The skinny: Winston entered the NFL as the No. 1 overall pick in the 2015 NFL Draft with all of the potential in the world. He showed flashes across four seasons with the Buccaneers, but turnovers and baffling decisions on and off the field derailed a promising player.

The Buccaneers hoped that hiring Bruce Arians would turn Winston around. The veteran head coach seemed to help Winston take a step forward, but the young quarterback didn’t become a part of NFL history for good reasons.

While he played through the season with a broken hand and torn meniscus, opposing teams entered the offseason firmly believing he isn’t a starting-caliber quarterback.

The perfect mentor: If Winston wanted to find the ideal place to rebuild his image and learn, he found it in New Orleans. Drew Brees is the man in New Orleans and by following his shadow, Winston can turn things around.

It’s hard to find a better mentor for Winston than Brees. Of course, one star quarterback isn’t enough to make this the perfect landing spot. That exists because of the coaching staff, environment and an opportunity to succeed.

Following in Teddy Bridgewater’s footsteps: Many thought Bridgewater’s career was over after his devastating knee injury in 2016. A trade to the Saints in 2018 changed everything and signing in New Orleans can do just that for Winston.

The move worked out perfectly for both the Saints and Bridgewater. If Winston is dedicated to turning his career around, the reward can be even greater for him.

The path to opportunity: It only takes one chance for everything to change. Ryan Tannehill came on in relief of Marcus Mariota in 2019 and went on an incredible run that led to a life-changing contract.

The deal is a win-win for the Saints and Winston. They recognize a quarterback capable of throwing for 5,000 yards is an exceptional plan to have if Brees gets injured, while Winston realizes a chance to grow and revitalize his career.

It’s possible that Winston chose the Saints as a shot at revenge against the Tampa Bay Buccaneers. If that played a role at all, it’s the kind of fire and competitiveness that New Orleans will love even more.

Winston isn’t a draft bust, but his history of questionable decisions and mistakes in critical moments has crushed his reputation. Fans and coaches around the NFL are skeptical that he will ever seize his incredible physical talents to become a reliable quarterback.

He can turn the skeptics into believers and it all starts in New Orleans. If Winston buys in and learns from NFL greats, the day he signed with the Saints will be remembered as the moment that saved his NFL career.