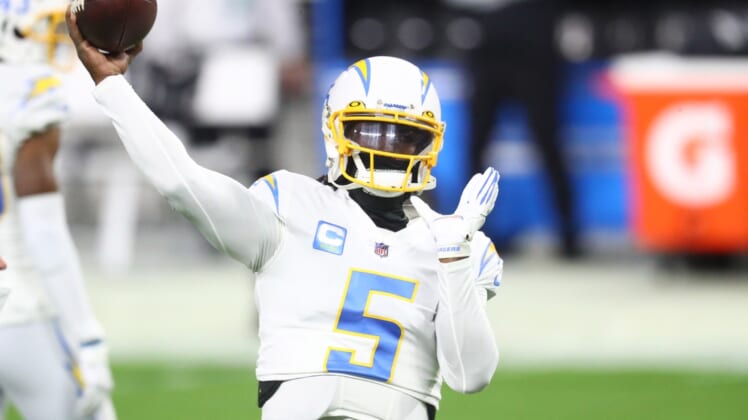 The Houston Texans added key insurance at the quarterback position Tuesday, agreeing to a one-year deal with free agent Tyrod Taylor, according to multiple media reports.

The deal is reportedly worth up to $12.5 million and gives the Texans a quality backup quarterback in case Deshaun Watson holds true to his word that he does not want to play for Houston moving forward. Watson has formally requested to be traded, but new head coach David Culley has stressed the team remains committed to him.

Taylor, 31, appeared in two games with the Los Angeles Charges last season, completing just 16 of 30 passes for 208 yards. He started and won the first game of the campaign for the Chargers before having his lung accidentally punctured by a team doctor administering a pain-killer injection, opening the door for eventual Offensive Rookie of the Year Justin Herbert to seize the job.

Taylor had three consecutive seasons as a starter for the Buffalo Bills beginning in 2015, when he was named to the Pro Bowl. He has since started only four games between stints with the Cleveland Browns and the Chargers.

Watson’s contract with the Texans runs through the 2025 season.