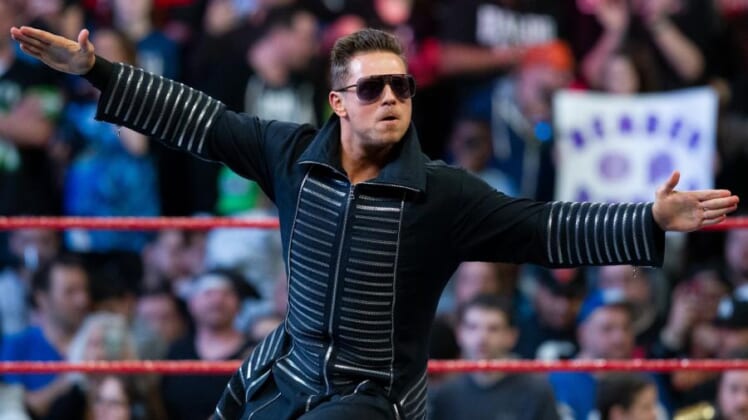 WWE Friday Night Smackdown is upon us. The action gets underway on FOX at 8pm EST/7pm CST and it’s difficult to detect exactly which direction WWE will head with its major storylines. The Miz and Daniel Bryan were a large part last week, yet if I’m being honest I’m a little worried where things are headed.

We’ve got your Sportsnaut Smackdown preview ready to go. Say your prayers and eat your vitamins.

The Miz and Daniel Bryan suddenly have horrible chemistry

It appears Daniel Bryan and The Miz will be paired up in some way with The Fiend as a common enemy. This is really stupid, and even worse, WWE Creative decided to try to inject some humor into their bit last week. It wreaked of a recycled take on Bryan and Kane’s “Team Hell No” program from a few years ago, and that’s exactly how I responded when I watched it last week.

This is a concept I can get behind.

Strowman is perhaps the WWE Superstar who is most deserving of a title run who hasn’t had his moment to shine. He started the idea of pursuing the IC title last week when he had a run-in with current champion Shinsuke Nakamura, his manager Sami Zayn and Cesaro.

I’d love to see a build that leads to Strowman winning the title at Royal Rumble. Hopefully, this week’s episode will give us some movement in that direction.

I know, you probably hate Baron Corbin’s character. I used to as well. However, he’s quietly improved a great deal over 2019, and I mentioned him as one of the standout performers in 2019 for WWE.

Who am I kidding? That’s too cool to happen, so expect Bryan to come out on top, and for The Fiend to show himself in some way on Friday.

What is happening with Carmella?

Could Shinsuke and Cesaro dethrone The New Day?

For some reason, I think the New Day are ripe to lose their titles soon. Last week, I quite safely predicted the team to dethrone them might be The Revival. They have been thrown off the track momentarily, and Shinsuke and Cesaro had a match with the champions.

If Shinsuke is going to drop the IC title to Strowman, which is a real possibility, having him and Cesaro make a run with the tag titles seems more logical.

Eyes without a face

Lacey Evans reminds me of Charlotte athletically. She can do just about anything you ask of her in the ring. I think she was excellent as a heel, yet this recent face turn seems way too cheesy.

Is Lacey really a face?

She might just be the next Smackdown Women’s Champion first, though.

OK, WWE didn’t give us Roman Reigns or The Fiend last week. Let’s not pull that two weeks in a row. The Blue Brand needs appearances from both of its biggest full-time stars.
Let’s see The Big Dog and Bray back on TV Friday night for Smackdown.