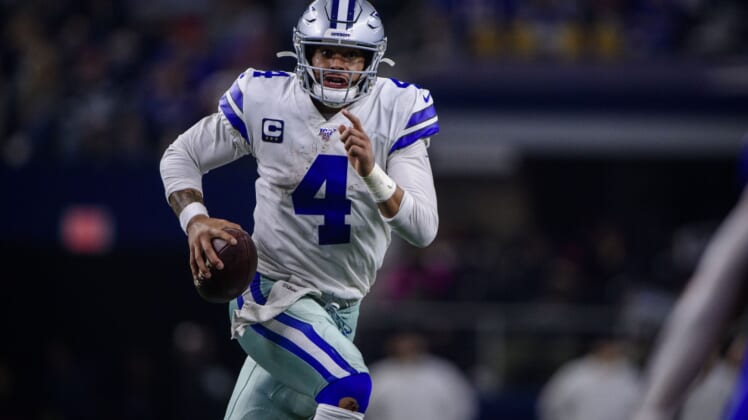 Quarterback Dak Prescott and the Dallas Cowboys are reeling after dropping each of their past three games. In fact, Dallas has lost seven of 10 since opening the season 3-0.

This hasn’t stopped widespread rumors from surfacing regarding Prescott’s next contract. The 26-year-old quarterback is in the midst of what would be a career-best season.

He’s tallied a league-best 4,122 passing yards to go with 27 total touchdowns and 11 interceptions through 13 games.

The longtime NFL executive noted just recently that the Cowboys will ultimately offer Prescott $400 million over 10 seasons, setting the mark for total value, average annual salary and and years on a contract.

This seems to be an absolutely ridiculous and somewhat arbitrary number.

We know that the quarterback market continues to reset itself on a never-ending loop. But the idea of Prescott getting $400 million over 10 seasons seems absurd.

Then again, everything the Cowboys’ front office is doing right now doesn’t seem to make a whole lot of sense.