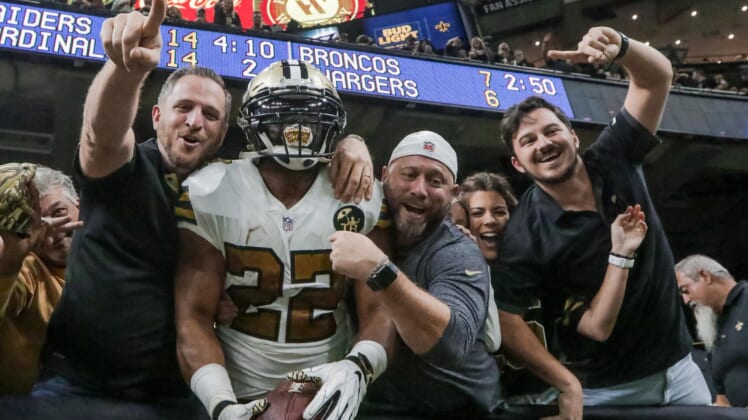 The sports world lit up big time on Wednesday after future Hall of Fame quarterback Drew Brees claimed that kneeling during the national anthem was a sign of disrespect.

This brought back to the forefront the debate surrounding the Colin Kaepernick-led national anthem protests that started back in 2016. It also came on the heels of an unarmed black man by the name of George Floyd being murdered by a then-Minneapolis police officer last week.

Needless to say, those around the sports world did not take too kindly to Brees’ stance. One player in particular, Green Bay Packers star Aaron Rodgers, went in a completely different direction.

The latest player to respond is none other than former Saints three-time Pro Bowl running back Mark Ingram. The current Ravens star responded to both Rodgers and Brees on social media. It is something else.

Those going after Brees are pointing to how he missed the point of the Kaepernick-led protests. According to those individuals, the protests were never about the flag.

Ingram’s comments are interesting in that he spent eight seasons as Brees’ teammate with the Saints before signing with Baltimore ahead of the 2019 season. The two obviously have a relationship. Speaking out against his former quarterback in this manner is telling.