ESPN to pay homage to ‘Animal House’ during trip to Oregon 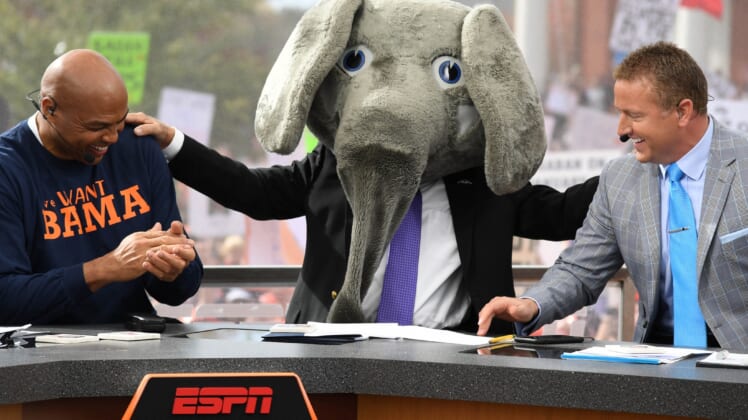 Who doesn’t want to see Lee Corso wearing a toga? That’s the question we’re all going to be asking ourselves when ESPN makes a trip to Eugene this coming Saturday for the Ducks’ game against the Stanford Cardinal.

The four-letter network announced on Thursday that it will pay homage to one of the greatest films of all-time during “College Gameday” Saturday morning.

“An Ode to Animal House: Gene Wojciechowski Travels Oregon’s Campus, which was Transformed into Faber College for the Filming of the Movie, Celebrating its 40th Anniversary,” the network announced.

Blutarsky would be so darn proud.

Can we please get Desmond Howard to turn to Corso and say, “Honey, is it supposed to be this soft?” That would potentially be the greatest moment in sports history right there.

In all seriousness, this is a movie generations of Americans have enjoyed. Hopefully, ESPN’s ode can add a few more youngsters to the mix.