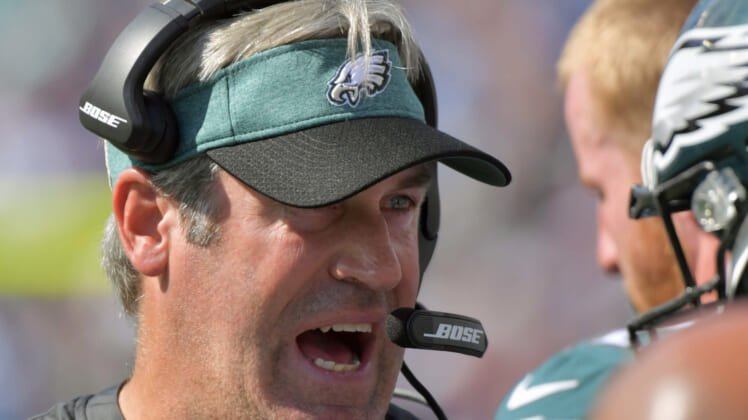 The Philadelphia Eagles special teams unit can use a brush up on the NFL’s rules.

Leading 29-23 in the final minutes of Sunday’s game, Philadelphia appeared to pin the Houston Texans down at the one yard line. But the Eagles absolutely botched downing the ball and the play resulted in a touchback.

If anyone on the kicking team is in the end zone when touching the ball, it’s a touchback. Unfortunately for the Eagles, that was the case here. This wasn’t a matter of a player barely having a toe on the goal line either. This wasn’t close.

The Texans took the touchback, went down the field, and took the lead, thanks to some unbelievable plays by Deshaun Watson.