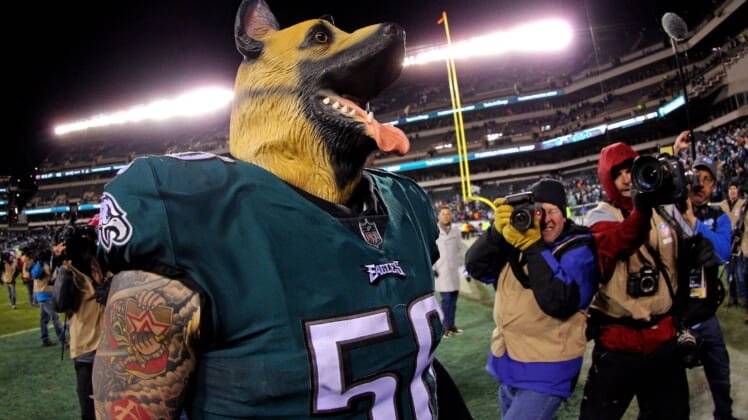 Well, we knew this was only a matter of time. Less than 24 hours after Lane Johnson and Chris Long celebrated the Philadelphia Eagles’ win over the Atlanta Falcons with an “underdog” mask (look here), Eagles fans have bought out Amazon’s stock.

No doubt, Lincoln Financial Field will be full of fans wearing this mask next weekend when the Eagles attempt to win the NFC Championship Game over either the New Orleans Saints or Minnesota Vikings.

Originally, Johnson wore the mask because he was fed up with the Eagles “being treated like we were the Browns” after Carson Wentz went down with an ACL injury.

Not many gave the Eagles a chance to win Saturday, though this scribe is happy to say he wasn’t among those who picked the Falcons.