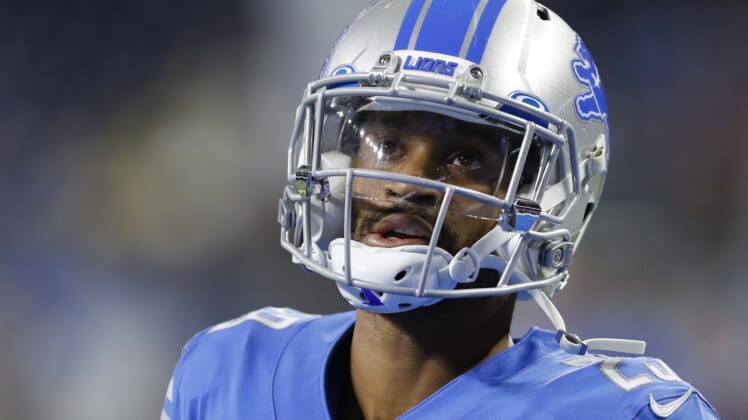 Darius Slay made it clear this offseason that he wanted out of Detroit. Moments after being traded to the Philadelphia Eagles, Slay didn’t hesitate to take some shots at the Detroit Lions head coach on his way out.

During an appearance on Detroit’s WJR radio, Slay said he didn’t respect head coach Matt Patricia as a person, even before the team trade safety Quandre Diggs.

The Lions traded Diggs, their top safety, during the 2019 season to the Seattle Seahawks for a fifth-round pick. Slay immediately slammed the move, blasting the team for the baffling decision. It became quickly apparent to him that he and Patricia wouldn’t last long together.

Slay described how his relationship with Patricia started horribly. While things improved in their second season together, the damage was done between the coach and Detroit’s top cornerback.

Despite Slay’s accomplishments as a three-time Pro Bowl selection, he said Patricia questioned his abilities and told him that he didn’t deserve to work out with top cornerbacks.

It’s clear that both sides needed to separate and that’s exactly what happened. The Lions picked up a third- and a fifth-round pick, while Slay joins a contender and just signed a $50 million extension.