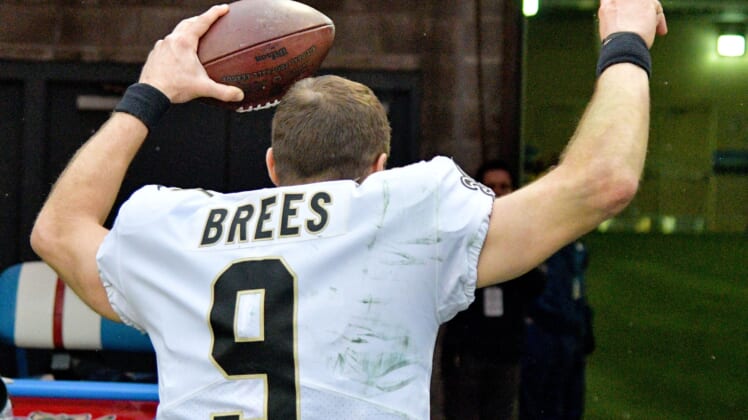 New Orleans Saints quarterback Drew Brees is partnering with more than 1,000 professional athletes and hundreds of front office personnel to urge Congress to eliminate qualified immunity for police officers in the United States.

Just a week after drawing criticism from fellow pro athletes for his stance on the national anthem, Brees is now partnering with his peers to encourage reform in the United States.

In a letter addressed to the U.S. Congress, over 1,000 athletes and coaches, along with hundreds of staff across major sports, called on their representatives to support the Ending Qualified Immunity Act.

“Now is the time for accountability and a call to action,” Saints linebacker Demario Davis said to Congress, via NFL.com “This letter to Congress is the first step we are taking on a national level. We hope this letter and the bill it represents will send a signal to the Supreme Court that we need a better justice system in place. Our work at the state and local levels will continue to be equally important. The Players Coalition has been out front on these issues for years now, and we will continue to lead the charge for policing and criminal justice reform.”

The sports world is coming together to encourage Congress to pass the bill recently introduced by U.S. Representatives Justin Amash (L-Mich.) and Ayanna Pressley (D-Mass.). In the letter, the Players Coalition said passing the bill to end qualified immunity would help restore some of the public’s trust in government.