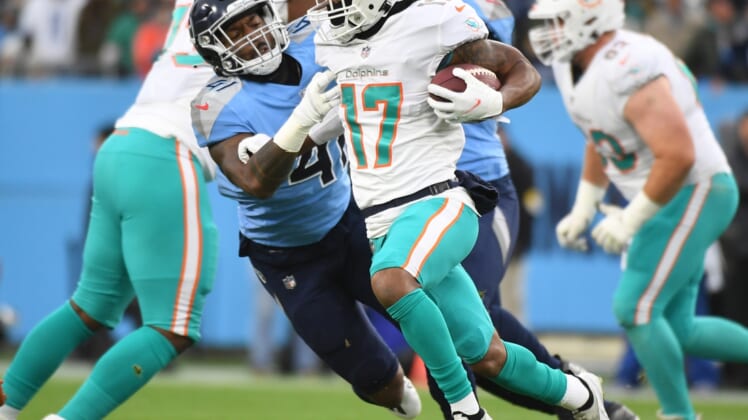 The Miami Dolphins’ Jaylen Waddle wasted little time breaking the NFL record for catches by a rookie, snagging his 102nd of the season early in Miami’s home game against the New England Patriots.

Playing in his 16th game of the 17-game regular season, Waddle surpassed the 101 receptions set by Anquan Boldin in the 16-game season in 2003.

Waddle began the day with 99 catches, and quarterback Tua Tagovailova threw to him for completions on three of the game’s first four plays to set the record. The possession went 13 plays and ended with Waddle scoring on a 7-yard touchdown reception.

In three seasons at Alabama, including the 2020 national championship team, Waddle totaled 106 catches for 1,999 yards and 17 touchdowns. He was taken sixth overall by the Dolphins in the 2021 draft.