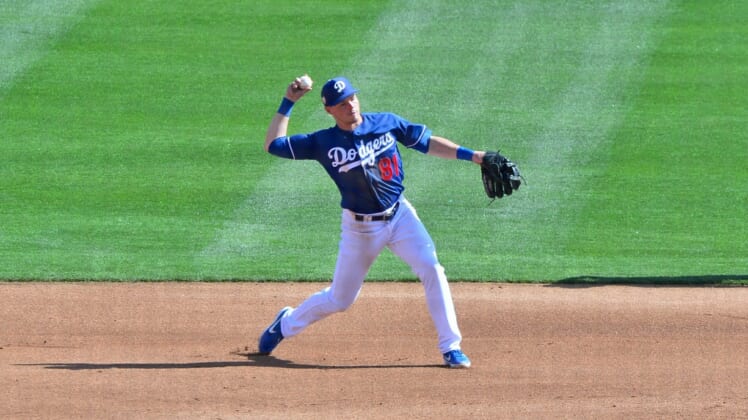 As the Los Angeles Dodgers continue to roll through the National League, manager Dave Roberts indicated the team could eventually receive a boost with the addition of one of the best prospects in baseball.

Speaking to reporters on Saturday, Roberts indicated that infield prospect Gavin Lux is on the team’s radar for aa call-up. While he isn’t sure if the move will come before Sept. 1, Roberts does expect him to be around the team in September.

Los Angeles promoted him to Triple-A Oklahoma City in June and he’s done even greater damage since. Since joining the Triple-A level, where the league uses the same baseball used in the majors, Lux carries a jaw-dropping .450/.530/.829 slash with 10 home runs in 33 games.

He quickly rose up prospect rankings to become the No. 9 prospect in MLB according to Baseball America and the 10th-best prospect in baseball by MLB Pipeline.

Los Angeles is already deep across its infield, but Lux possesses the talent to force the team’s hand and earn a promotion to the majors.