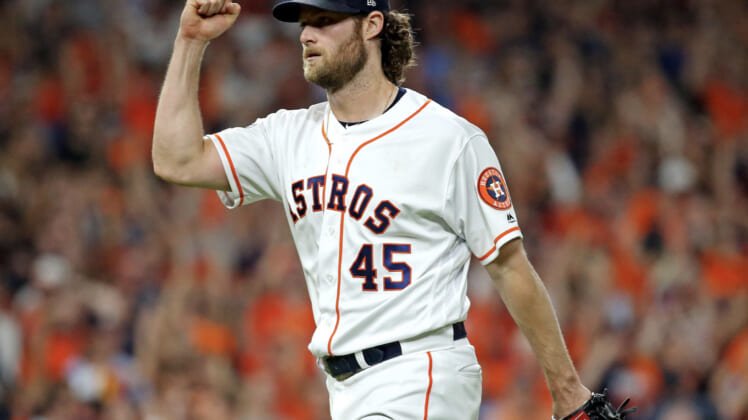 As general managers and agents arrive for a potentially hectic winter meetings, the Los Angeles Dodgers are reportedly looking to be active this week, though, perhaps not on free-agent pitcher Gerrit Cole.

According to USA Today’s Bob Nightengale, the Dodgers have not engaged with the 29-year-old start pitcher and are instead more involved on All-Star third baseman Anthony Rendon.

The report comes as a surprise following ESPN’s report that the Dodgers are among the co-favorites to land Cole, though, their interest in Rendon is well-documented.

Starting pitching isn’t as great of a need for the Dodgers as the Los Angeles Angels and New York Yankees, the other favorites to land the right-handed pitcher, but Cole is viewed as the piece that could put the Dodgers over the top. The team could also be playing it more slowly with Cole, if it expects any potential decision to take time.

If the Dodgers don’t aggressively pursue Cole, they could still look to re-sign pitcher Hyun-Jin Ryu or potentially sign former San Francisco Giants ace Madison Bumgarner. Signing Rendon would also add an MVP-caliber bat to their lineup and allow the front office to shop prospects for a front-line pitcher.