Daniel Snyder testifies for more than 10 hours before House committee 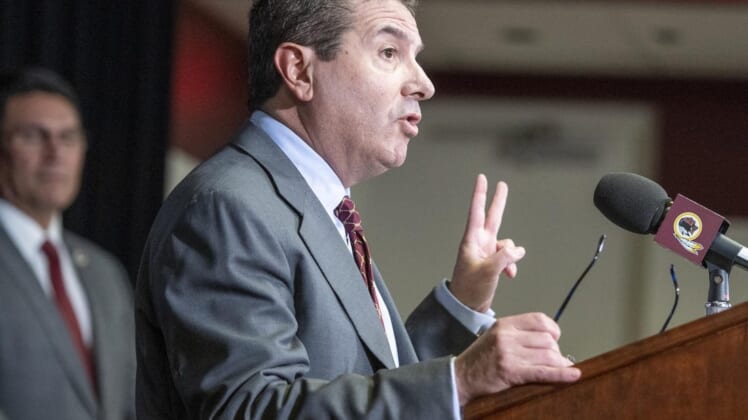 Washington Commanders owner Daniel Snyder spent more than 10 hours under oath before the House Committee on Oversight and Reform on Thursday in regard to the committee’s investigation into the team’s workplace culture.

Snyder participated remotely and gave a voluntary deposition rather than accept service of a subpoena. The testimony came after several weeks of tense back-and-forth between the parties and negotiation over the parameters of the interview.

Reports said the proceedings lasted from 8 a.m. ET to around 6:30 p.m. A transcript was not released as of Thursday evening.

“Despite the investigation’s conclusion last month — marked by proposed legislation and a summary of findings — Mr. Snyder fully addressed all questions about workplace misconduct, described the Commanders’ dramatic two-year transformation and expressed hope for the organization’s bright future,” Snyder’s spokesperson said in a statement.

Before the hearing, a spokesperson for the committee said in a statement that Snyder committed to answer questions about “his knowledge of and contributions to the Commanders’ toxic work environment, as well as his efforts to interfere with the NFL’s internal investigation.”

NFL commissioner Roger Goodell testified before the committee last month, but Snyder at the time declined an invitation to testify, citing business overseas. His lawyer also said he planned to spend “much of July” and “into August” in Israel to observe the one-year anniversary of his mother’s death.

Committee chair Carolyn Maloney (D-New York) subpoenaed Snyder, and the committee later accused Snyder of attempting to evade service of the subpoena. Snyder, 57, offered dates he could participate remotely and the sides eventually agreed to Thursday.

Media reports have detailed allegations of sexual misconduct from 15 female ex-employees, including multiple accusations of sexual harassment against Snyder in particular. While those women have spoken out publicly, at least 50 ex-employees reportedly have complained about the workplace culture.

Oversight and Reform also said Snyder conducted a “shadow investigation” that aimed to discredit those alleging he oversaw a toxic workplace culture in Washington. The committee issued a memo last month supported by more than 600 pages of depositions, which found that Snyder hired private investigators to intimidate witnesses.

Snyder is at the center of multiple controversies. In addition to the House committee inquiry, the Virginia attorney general said in April that he was launching an investigation into allegations regarding the team’s business practices.

Oversight and Reform obtained evidence that Snyder had team executives illegally withhold refundable security deposits from ticket holders and kept two sets of books to hide revenue from the NFL in order to contribute less to the revenue-sharing pool.