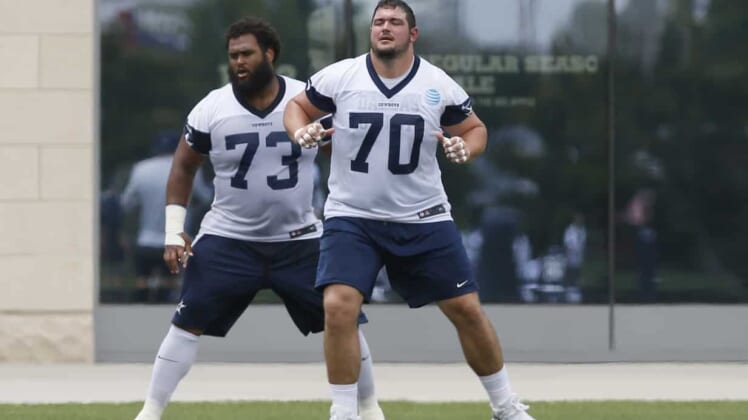 The Dallas Cowboys must be holding their collective breath right now as the team awaits more information about the injury suffered by All-Pro guard Zack Martin on Saturday night.

Martin ended up on the turf after pulling on a run play. He remained down for a while with trainers around him and limped off the field. It wasn’t long afterward that Dallas announced Martin would not return with a knee injury.

Before Saturday’s game was over, ESPN’s Adam Schefter reported Martin would be getting an MRI on his knee Sunday morning to determine the extent of the injury.

In his first four years as a pro, Martin has made either First- or Second-team All-Pro every year. He recently received a massive contract extension with the Cowboys that made him the highest-paid guard in NFL history.