Could Thunder GM Sam Presti leave for the Knicks? 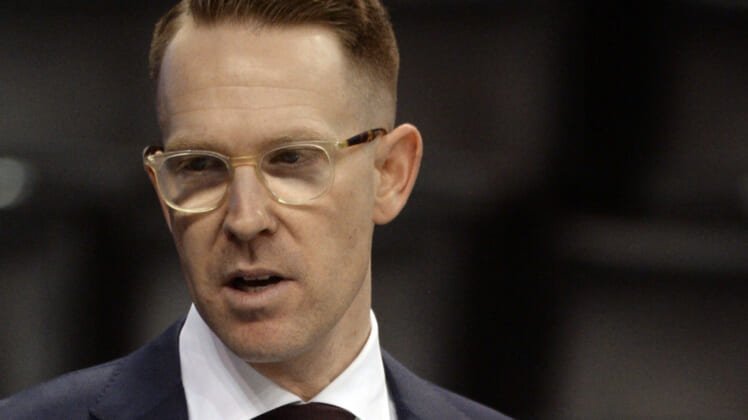 Longtime Oklahoma City Thunder general manager Sam Presti has had varying degrees of success in his dozens years with the organization.

It might now be time for a divorce after his relationship with owner Clay Bennett took a turn, according to Stefan Bondy of the NY Daily News.

In fact, Bondy suggests that Bennett would let Presti leave for the bright lights of New York City despite the fact that he’s under contract.

One of the most-respected front office heads in the NBA, Presti would likely have his pick of the litter should a divorce with OKC materialize.

If that’s the case, why would he choose a Knicks organization that’s led by owner James Dolan and considered a laughingstock around the sports world?

Those are obviously two key selling points. A fit could also be in the cards here. New York’s brass (Dolan himself) is likely going to fire general manager Scott Perry and president Steve Mills here soon.

It would be Dolan’s way of finding two fall guys after Perry and Mills concluded recently-fired head coach David Fizdale would be their personal fall guy.

With cap room, draft pick assets and a clean foundation to start with, Presti to the Knicks make sense.

Then again, there’s this whole James Dolan thing. If Presti had an issue working with Bennett…well, you don’t need me to finish that sentence.