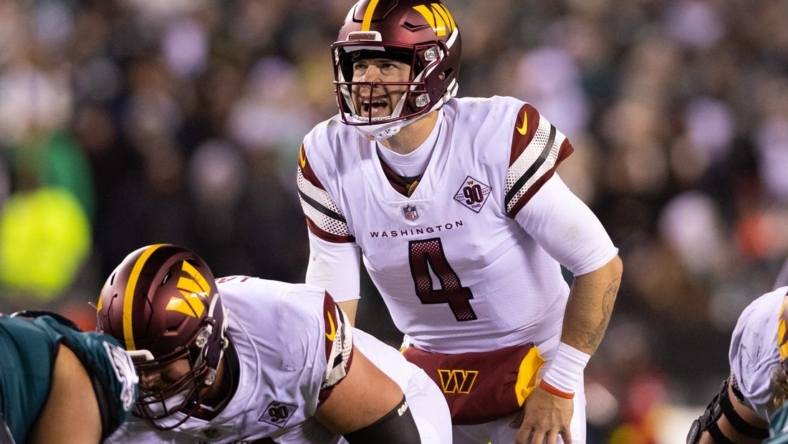 Carson Wentz (finger) resumed throwing Wednesday but has not been cleared for a return to practice. He’s eligible to come off injured reserve after missing four weeks.

Wentz started the season as the QB1 in Washington until a fractured right ring finger sent him to IR following a Week 6 win over the Chicago Bears.

Heinicke is 3-1 since Wentz went to the sideline with a 2-4 record. Heinicke capped the active run Monday night with a 32-21 victory over the Philadelphia Eagles, who were previously unbeaten and among Super Bowl favorites.

The 29-year-old Heinicke has five touchdowns and four interceptions in 2022, piloting a run-first offense to wins over the Eagles, Colts and Packers in addition to a three-point loss to the Minnesota Vikings.

Once Wentz is cleared for a return to practice, the Commanders have 21 days to add him to the active roster. Whether Wentz reclaims the starting QB role at that point is anyone’s guess.

Acquired by the Commanders from the Indianapolis Colts, Wentz had 10 touchdowns and six interceptions this season. He was sacked nine times in a 24-8 loss to the Eagles on Sept. 25.