Los Angeles Clippers’ Serge Ibaka has back surgery, out for playoffs

Los Angeles Clippers forward/center Serge Ibaka underwent back surgery on Thursday and will miss the rest of the NBA playoffs.

The team announced Friday that Ibaka, 31, is expected to make a full recovery. He hasn’t played since May 25 in Game 2 of the Clippers’ first-round playoff series against the Dallas Mavericks. 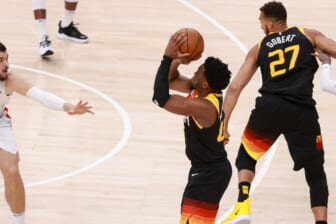 The Clippers are down two games to none to the Utah Jazz in the Western Conference semifinals, which continue Saturday with Game 3 in Los Angeles.