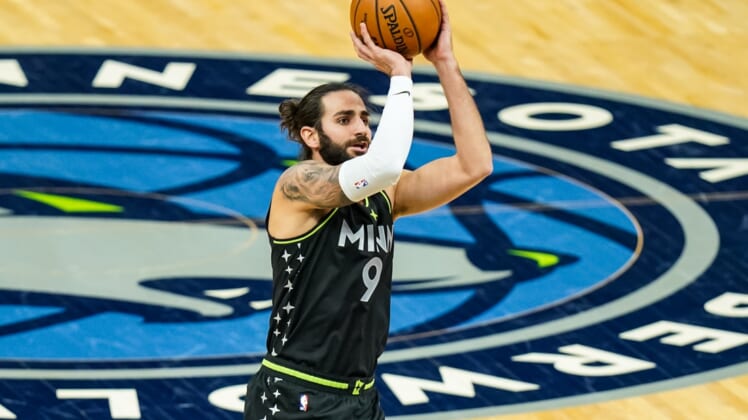 The Cleveland Cavaliers acquired some much-needed experience and depth for their backcourt in a trade for veteran point guard Ricky Rubio on Thursday.

Jon Krawczynski of The Athletic reported that Cleveland will send a 2022 second-round pick and forward Taurean Prince to the Minnesota Timberwolves as part of the Rubio trade:

For Minnesota fans potentially baffled by the decision to deal Rubio away, ESPN’s Bobby Marks provided some context as to why the Wolves would do the trade:

Since the Cavs are rumored to be reluctant about giving young guard Collin Sexton a max contract extension, he’s been at the center of trade buzz leading into the 2021 NBA Draft. Their move to land Rubio suggests Sexton may be shown the door in short order.

Cleveland owns the third overall pick in Thursday’s draft, and it’s assumed that the Cavs will use that selection on USC big man Evan Mobley.

Rubio was in his second stint with the Timberwolves and has bounced around the NBA throughout his career, also playing for the Utah Jazz and Phoenix Suns.

It appears as though Rubio and Darius Garland are likely to be the Cavs’ backcourt going forward, unless Sexton stays in the fold and Rubio comes off the bench. Much of this depends on how Cleveland views Rubio and what the 30-year-old can bring to the team.

For an extremely young squad, Rubio is the ideal mentor for Garland and other Cavs players. He’s an excellent distributor and a capable perimeter defender, so he should elevate Cleveland on both ends of the court.

As for Minnesota’s end of this deal, it either further emphasizes the faith the organization has in D’Angelo Russell as the team’s lead guard, or it may be a precursor to a larger trade for another star. Prince is on an expiring contract, so he could wind up being a salary dump in another deal down the line.