With Greg Newsome II headed to the Cleveland Browns, their secondary will look a lot different as they gear up for a deeper playoff push in 2021. 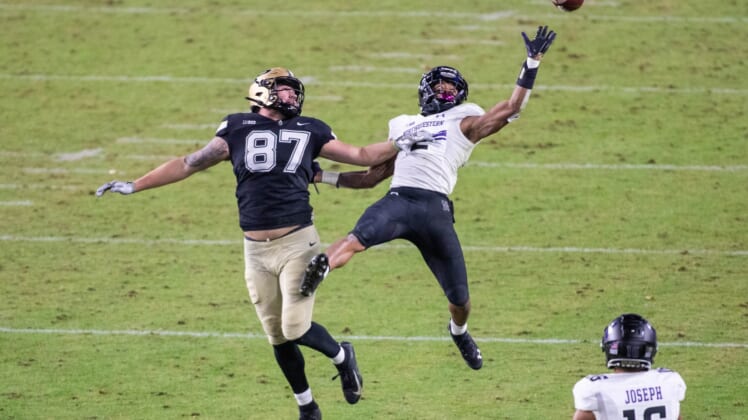 The Cleveland Browns bolstered their secondary in a big way by selecting Northwestern cornerback Greg Newsome II with the 26th pick in the 2021 NFL Draft on Thursday.

Newsome was one of the top prospects at the position and battled injuries during his college career, which caused his stock to take a hit. However, he came on strong in 2020, allowing only 12 receptions on 34 targets for 93 yards with an interception and an opponent passer rating of 31.7, per Pro Football Focus.

This move by Browns general manager Andrew Berry continues an offseason overhaul of the team’s defense, particularly the defensive backfield. Newsome will have a shot to start right away opposite Denzel Ward, as he’ll compete with Greedy Williams for the No. 2 cornerback job.