WATCH: Did Chris Paul bump ref before getting tossed in Game 1? 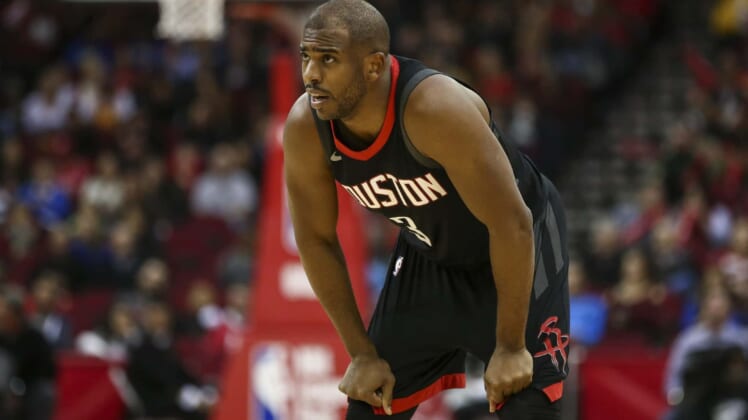 With four seconds remaining in Game 1 between the Houston Rockets and Golden State Warriors, Chris Paul was hit with his second technical of the game and tossed.

Paul was upset about yet another non-call on a three-point attempt by James Harden. He rushed over toward a ref on the sideline to argue the play, earning his second technical and a trip to the locker room in the process.

Looking at a close-up view of Paul’s encounter with the ref, it appears he may have bumped him.

It’s not much, but refs are off limits. Period.

It’s going to be interesting to see if the NBA takes a closer look at this, and if Paul is hit with additional discipline.