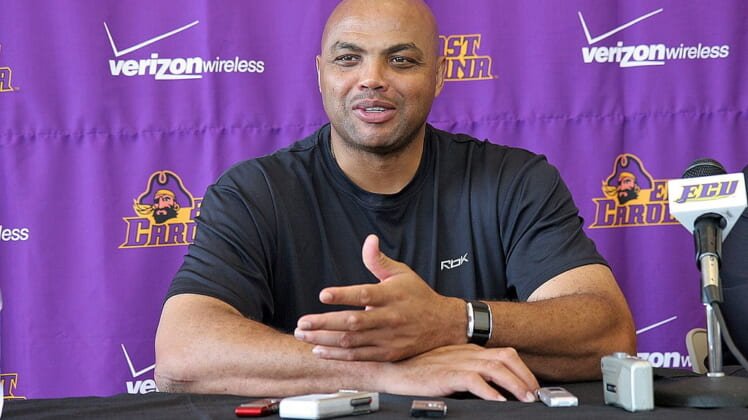 Hall of Fame basketball player and Turner Sports analyst Charles Barkley has always been one to march to the beat of his own drum.

With the NBA looking at the possibility of starting up its season after a two-plus month hiatus, Barkley is now one of the biggest skeptics.

The 11-time All-Star had previously noted it would be hard for the 2019-20 season to resume amid the ongoing COVID-19 pandemic. Though, he left some wriggle room.

That’s no longer the case, Chuck is now calling for the Association to cancel its season altogether.

“It’s too dangerous, it’s not safe, I don’t know how they can make it safe,” Barkley told The Dan Le Batard Show on ESPN radio on Monday night (h/t Newsweek).

The NBA’s latest plan includes “bubble cities” in Orlando and Las Vegas hosting games. Though, there are major hiccups to this plans. Primarily, the league needs tens of thousands of tests. At a time when COVID-19 tests are not readily available to the public, that raises moral and ethical concerns.

Barkley gave more rational behind his belief that the season should be canceled. It includes hotel workers at Walt Disney World and the Vegas Strip not being able to join players in a bubble. That sets up even more logistical concerns.

“You can’t put the hotel workers in a bubble,” he explained. “You can’t put people who work room service in a bubble and I’m not sure players want to stay in a hotel for two straight months because you can’t leave to the hotel to get something to eat as you have got to worry about the virus. They should cancel the season.”

NBA Commissioner Adam Silver just recently held a conference call with players addressing these plans and looking forward to a possible resumption of the season.

But as we have noted before, this actually taking place is ways down the road. As of right now, only a handful of teams have reopened their facilities with strict social distancing guidelines. The next step has to be actually opening said facilities without the guidelines in place and the local communities backing said plans.