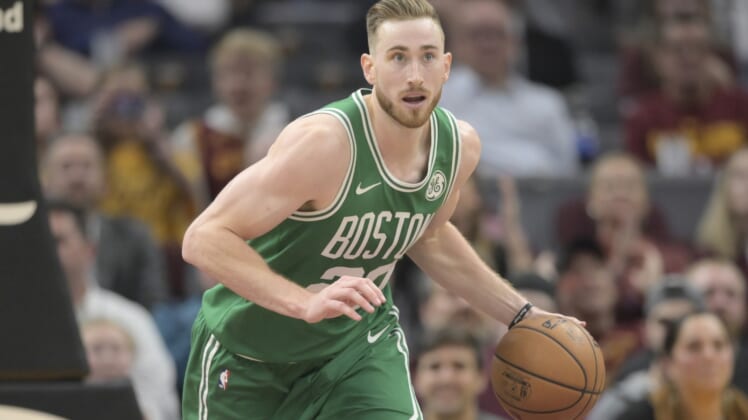 The Boston Celtics are going to be without star forward Gordon Hayward for the foreseeable future.

Hayward suffered a fractured left hand over the weekend in a game against the San Antonio Spurs.

According to this report from ESPN’s Adrian Wojnarowski, Hayward will undergo surgery on said hand Monday. There’s currently no timeline for a return to the court.

This is a downright massive blow for the 7-1 Celtics and their high-priced forward. Hayward returned to form this season, averaging 18.9 points, 7.1 rebounds and 4.1 assists per game.

Remember, he missed all but one game with the Celtics back in 2017-18 after suffering a brutal lower-body injury in his debut with the team.

After some struggles last season, it appeared that Hayward had returned to 100%. This is now a major setback for the 29-year-old former All-Star.