Carolina Panthers rookie cornerback Jaycee Horn is feared to have sustained multiple fractured bones in the metatarsal area of his right foot.

NFL Network reported Friday morning that Horn is facing a two-to-three-month recovery period should he elect to undergo surgery. That timetable would have Horn sidelined late into the season or even through the end of the campaign.

Horn and star running back Christian McCaffrey sustained injuries during the Panthers’ 24-9 victory over the host Houston Texans on Thursday night. McCaffrey injured his hamstring during the second quarter, although the severity of the injury is not yet known. 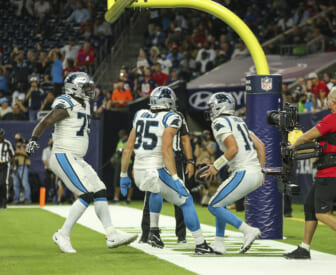 Horn injured his foot while backpedaling on a pass play during the third quarter. Horn, who was not contacted on the play, immediately motioned to the sideline for assistance.

“Jaycee will be back. Jaycee Horn is a special, special, special football player,” Panthers coach Matt Rhule said of the 21-year-old, who is the son of former NFL wide receiver Joe Horn.

Horn has recorded five tackles and one interception in three games since being selected with the eighth overall pick of the 2021 NFL Draft out of South Carolina. He was the first defensive player taken in the draft.

McCaffrey, 25, has 52 carries for 201 yards and a touchdown to go along with 16 receptions for 163 yards in three games this season. He is tied with Derrick Henry of the Tennessee Titans for the league lead in carries.

McCaffrey, however, was limited to three games in 2020 due to multiple injuries. 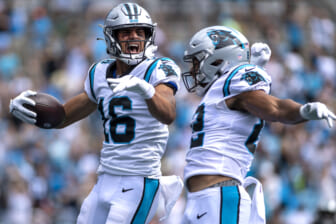