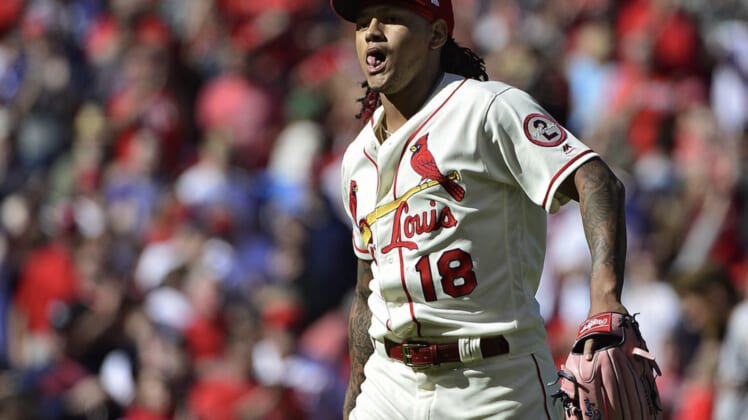 After landing on the 10-day injured list in March with a rotator cuff injury, St. Louis Cardinals pitcher Carlos Martinez is back with the club for its upcoming series.

St. Louis activated Martinez off the 10-day injured list on Friday once doctors cleared him following his rehab stint in the minors.

The 27-year-old is expected to work out of the bullpen, addressing an area of need for St. Louis as they fight in a tight division race.

St. Louis will likely work him in at first during the middle innings, though his ability to miss bats could lead to a late-inning role once he settles in.