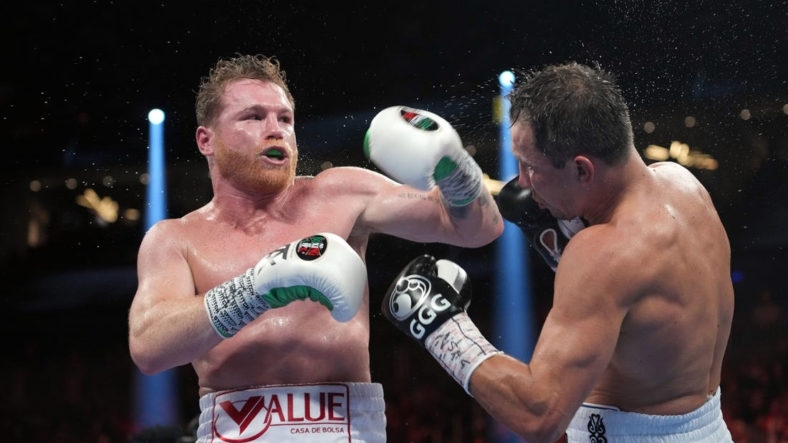 “Thank you so much, my friend,” Alvarez said to Golovkin. “Thank you for everything. We give the fans three good fights.”

Alvarez and Golovkin fought to a draw in 2017 and Alvarez won by majority decision in 2018, setting up the third and final bout.

“He’s strong, he’s a great fighter and that’s why we’re here, right?” Alvarez said of his longtime friend and rival. “I’m glad to share that ring with him.”