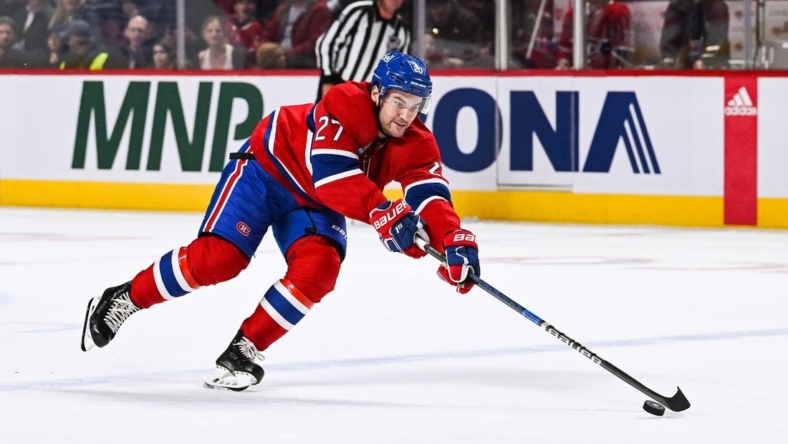 Montrael Canadiens forward Jonathan Drouin will miss four to six weeks due to an upper-body injury.

Drouin sustained the injury Nov. 5 as the Canadiens lost 6-4 to the Vegas Golden Knights. He has played in three games since then, but he sat out Montreal’s 5-1 loss to the New Jersey Devils on Tuesday.

Following the game, the Canadiens said he would miss time.

Drouin, 27, has posted four assists in 12 games this season. He missed the end of the 2021-22 season after undergoing wrist surgery.

He has 256 points (75 goals, 181 assists) in 439 career games with the Tampa Bay Lightning and Canadiens. He was selected by the Lightning with the third overall pick of the 2013 NHL Draft.

On Wednesday morning, the Canadiens recalled forward Rem Pitlick, 25, from the Laval Rocket of the American Hockey League.

Pitlick has appeared in seven games for Montreal this season, racking up eight penalty minutes. He has three assists in three games for the Rocket.

The Canadiens are on the road Thursday night against the Columbus Blue Jackets.