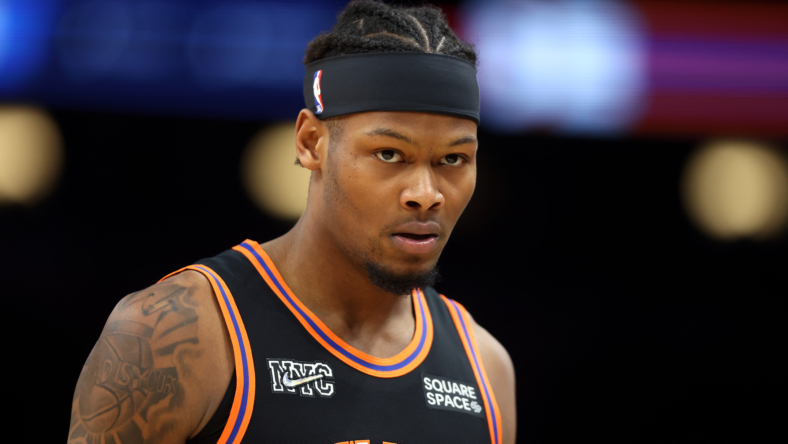 The New York Knicks traded for Cam Reddish in January amid controversy. He did not immediately have a spot in coach Tom Thibodeau’s rotation, nor was Thibs considering putting him in. It wasn’t until the end of January that Reddish would see any minutes, but not many.

The 2021-22 season was a head-scratcher for players and fans alike. Thibs resorted to his old ways, where he trusted only his veteran players, even so far as to take a really good small forward/shooting guard and turn him into a mediocre point guard. All while the team continued to lose.

Since being drafted tenth overall in the 2019 NBA Draft, Reddish has played in only 133 games. He has not had much of a chance to develop or show what he can do. In 15 games for the Knicks, Reddish averaged 6.1 points and four rebounds. Although he had a great game, scoring 17 points, before his season-ending injury, it only showed a glimpse of what he could offer.

Coach Thibodeau is going to have to change this season. If the Knicks are going to win, these young players must be allowed to be developed into a team that can win.

There are three reasons why Reddish should be in the rotation.

Cam Reddish can spell RJ Barrett off the bench

Alec Burks has been traded to the Detroit Pistons and should have been the backup for RJ Barrett. Thibs didn’t always use Burks as he should, but now that the trade has occurred, Reddish now has to come off the bench for Barrett.

A tag team tandem of Barrett and Reddish will allow fluidity at the small forward position for 48 minutes. Thibs may have problems with the other positions, but if he gives Reddish the minutes, the SF position will not be one of them.

The Knicks’ front office seemed to have put their foot down when it came to trading Quentin Grimes for Donovan Mitchell. Grimes is a bonafide option to come off the bench for Evan Fournier, but as a SF, it’s a stretch.

Thibs needs to play Reddish for Knicks to win

The offseason has stripped the veterans from the roster except for Derrick Rose. Grimes will be great for the team at the two-guard, offensively and defensively. Reddish will give you the same at the three. Reddish’s field goal percentages will rise if he is given the minutes.

In his training camp press conference, Reddish touched on several things, including:

When Thibs was asked about Cam Reddish during one of his after-practice press conferences, he stated, “He (Reddish) didn’t have training camp last year when he got here, he got hurt right away; this is good for him too.”

Thibs’ stubborn stance on Julius Randle, by not being able to see his faults, will not only tear this team down but also divide the locker room. Thibodeau must be made aware and held accountable for the treatment of his players and this team. New York fans are already calling for his firing after hearing what he’s saying in his press conferences.

This Knicks team of young men, and a veteran in Rose, want to win. They are “determined, motivated, and committed” to changing after last season’s outcome. So Thibs will have to adjust. Otherwise, he could have a mutiny on his hands.