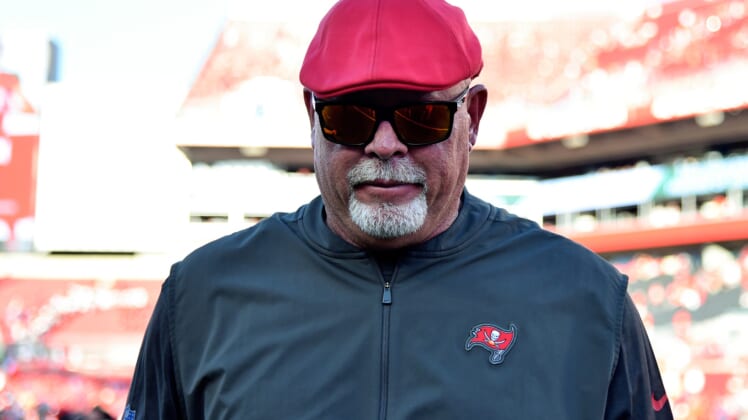 Tom Brady left the New England Patriots to experience a different coaching culture, hoping to enjoy a more relaxed and outgoing Bruce Arians. Instead, the future Hall of Famer is learning the Tampa Bay Buccaneers coach isn’t afraid to call out any player in public.

Following a rough Buccaneers’ debut that saw Brady throw two interceptions, Arians immediately called out his quarterback following the Week 1 loss. After reviewing the film on Sunday night and talking to Brady, it seems the veteran coach isn’t changing his tune.

Speaking to reporters on Monday, Arians seemed to take another shot at the greatest quarterback in NFL history. After impressing teammates and coaches in practice, the 43-year-old passer didn’t carry that over into his start against the New Orleans Saints.

Of course, this shouldn’t come as a surprise to anyone familiar with Arians’ coaching style. He routinely blasted Jameis Winston in front of microphones, never showing any uncertainty about calling out a team captain and the face of the franchise.

We know Brady left New England, in part due to his deteriorating relationships with the coaching staff. After years working with Belichick and offensive coordinator Josh McDaniels, he wanted something new and certainly hoped Tampa Bay would provide a fun and comfortable environment this season.

Needless to say, this probably isn’t what he was expecting. However, Arians’ assessment of Brady’s play isn’t wrong and he knows how to motivate his quarterbacks. Given Brady is one of the most relentless and competitive players in NFL history, this might provide the spark he needed to turn things around after one of the worst performances of Week 1.