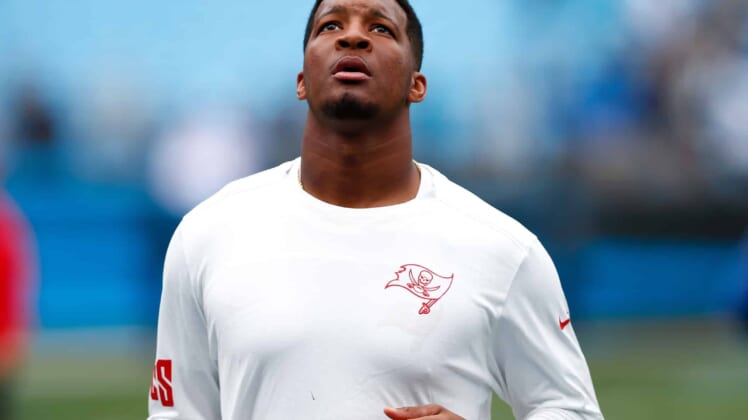 Tampa Bay Buccaneers head coach Bruce Arians hasn’t shied away from criticizing Jameis Winston over his turnover problems, and on Monday he took it a step further.

Winston is set to be a free agent, and the Bucs have a huge decision to make.

The former first-overall pick shows off rare talent (like this) on a weekly basis and finished the 2019 season with more passing yards than any other quarterback (5,109 yards). Winston also came in second place behind Lamar Jackson with 33 touchdown passes.

Unfortunately, Winston is also the biggest Jekyll and Hyde quarterback the league has ever known. On Sunday, thanks to a game-sealing pick-six in overtime, Winston became the first player to ever pass for 30 touchdowns and 30 interceptions in a single season. With the pick-six, he also set a new record with seven of those in a single season.

After the game, Arians blasted Winston for the mistake.

Turnovers are killers in the NFL, so Arians has it right saying the Bucs can win with another quarterback. The big question at this point is: Does Arians and his staff believe Winston’s turnover woes can be fixed?