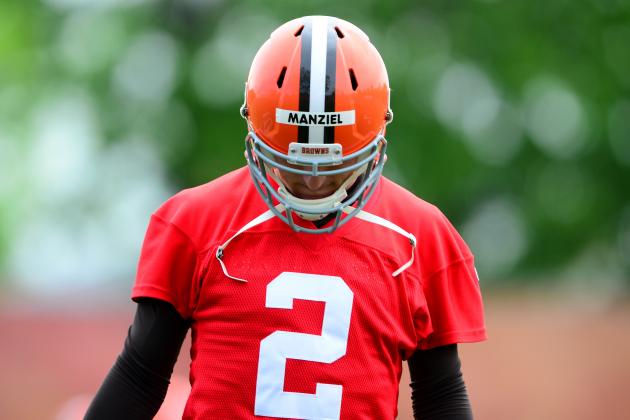 If Cleveland Browns quarterback Johnny Manziel wants to return to the team for a second season, he’s going to have to make it right with multiple members of the squad.

In a wide-ranging set of interviews with nearly two-dozen Browns players, ESPN found that Manziel wasn’t terribly respected within the locker room.

One player went as far to call the former first-round pick’s rookie season a “100 percent joke.”

In running with this story, ESPN concluded the following…

Interviews by ESPN.com with nearly 20 Browns sources, both on the record and on condition of anonymity, along with several NFL personnel sources reveal the Manziel-related problems run deep.

Those who spoke talked of a year-long pattern that showed a lack of commitment and preparation, a failure to be ready when given a chance in his first start against Cincinnati and a continued commitment to nightlife, which affected his preparation and work while in the team facility.

Some teammates seem to think that Manziel can change, others are not so confident.

Manziel vowed to take his NFL career more seriously, but team sources indicated that the Saturday prior to Cleveland’s season-finale against the Baltimore Ravens that the rookie signal caller was “drunk off his (expletive)” when team officials went to check in on Manziel after he was absent from the Browns facility that morning.

The report went on to say that Manziel didn’t put in the necessary in-week preparation for games, instead telling teammates that he’s a gamer and can just show up and play. Once source concluded that Manziel is his own “worst enemy.”

While none of Manziel’s teammates questioned whether he is a good guy, multiple players came out and indicated that he simply didn’t put in the work to succeed at the NFL level.

This is some disturbing information regarding one of the most enigmatic young players in the NFL. And in reality, Manziel needs to grow up if he even wants to be in the league long-term.

It’s a disappointing trend for a talented player that had so much going for him entering the league less than a year ago.