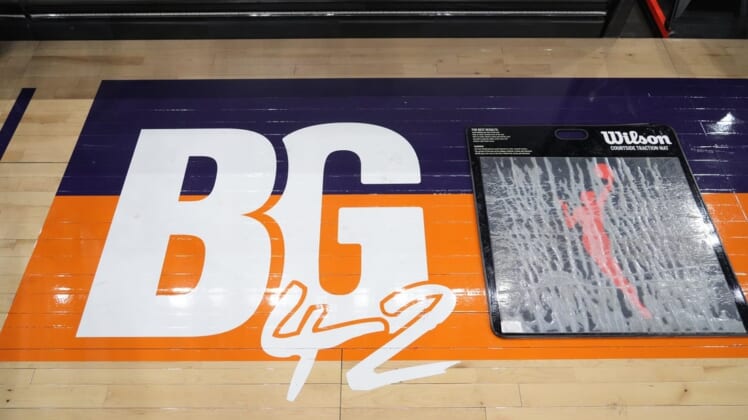 Facing up to 10 years in Russian prison, Brittney Griner began a trial for illegal drug possession in a court near Moscow on Friday.

The WNBA All-Star was arrested in February before boarding a flight to the United States at Sheremetyevo Airport in Moscow.

Police said she was carrying vape canisters with cannabis oil. The Phoenix Mercury center would face a maximum of 10 years in prison if convicted of transportation of drugs.

At a pre-trial hearing this week, Griner’s detention was extended six months to Dec. 20.

Court trials in Russia result in convictions in 99 percent of cases and acquittals are subject to government approval. Given tensions between the U.S. and Russia since the start of the invasion of Ukraine, those close to Griner fear she will be in custody for an extended length of time.

Griner was arrested on Feb. 17, days before Russia invaded Ukraine.

The WNBA named Griner an honorary All-Star starter and peers and coaches have been vocal about bringing her home.

Russian media has reported a prisoner swap could eventually send Griner back to the U.S., but the protocol for returning American citizens includes a conviction in court and a formal pardon from president Vladimir Putin.