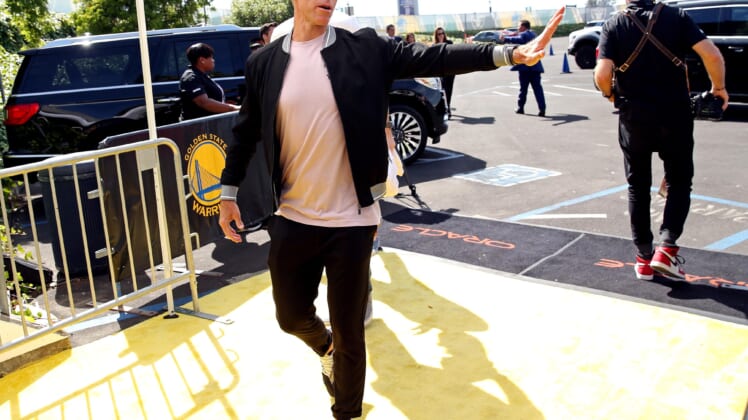 According to ESPN’s Adrian Wojnarowski, the hiring will be made official during a press conference Thursday afternoon.

Nash, 46, replaces interim head coach Jacque Vaughn, who led the team in the Orlando bubble following the firing of Kenny Atkinson before the season was suspended back in March. He has no coaching experience at any level. Here, we break down Thursday’s news that the Hall of Famer will now be leading Brooklyn’s star-studded roster.

“After meeting with a number of highly accomplished coaching candidates from diverse backgrounds, we knew we had a difficult decision to make,” said General Manager Sean Marks, via the Nets’ official website. “In Steve we see a leader, communicator and mentor who will garner the respect of our players. I have had the privilege to know Steve for many years. One of the great on-court leaders in our game, I have witnessed firsthand his basketball acumen and selfless approach to prioritize team success.”

“Leader, communicator and mentor.” Those were the words of one of the individuals responsible for hiring Nash, Nets general manager Sean Marks. It’s obvious what the brass in New York City valued here.

Jacque Vaughn to stay on as top assistant coach

It’s clear what direction Brooklyn wanted to take this hiring process. In a way, they are looking to duplicate that success we’ve seen from Steve Kerr in Golden State. That is to say, hiring a respected basketball mind without any coaching experience.

In no way does this mean Nash can’t handle the duties. We’ve seen other coaches in similar situations handle the job extremely well out of the gate. He proved to have the IQ and smarts to be a dominant player during his days as a league MVP. That should translate to the bench.

More than anything, Nash was brought on due to his relationship with Durant and the need to find someone who will mesh well with Irving. The Nets seem to think they have found their guy.