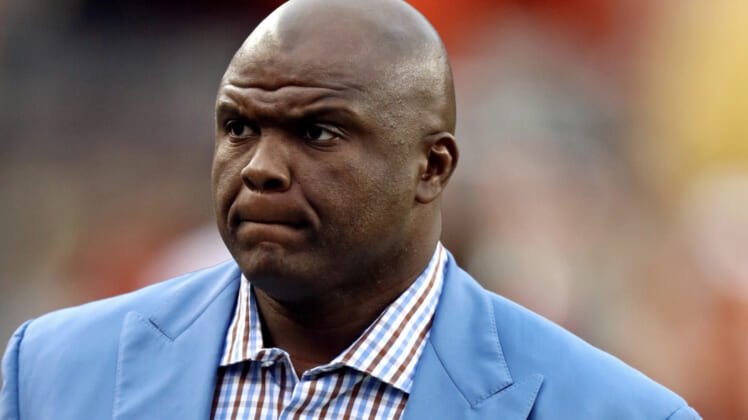 Like we’ve seen all season, it has not gone swimmingly for Mr. McFarland. Late in the fourth quarter with Buffalo setting up for a game-tying field goal, the broadcaster indicated the team should run the ball on third down and spike it one play later.

See a problem with this analysis? If Buffalo spiked the ball on fourth down, it would have been a turnover on downs — resulting in a Texans win.

Obviously, the football world blasted Booger for this foolish attempt to analyze a football game.