The first half of college basketball season went by fast. That’s always the case — it’s easy for college hoops to go under the radar when college football season is hitting its peak — but if you’re just starting to pay attention, there’s you’ve missed a lot.

Oklahoma’s Trae Young is now a destroyer of worlds. Arizona State is good. Arizona started slow, but it looks like the Wildcats are back. The Big Ten is in a disaster zone and Patrick Ewing’s Georgetown Hoyas have lost to every half-decent team they’ve played. Virginia is still very good and very boring. West Virginia is very good and very exciting. Kansas has lost three times already. Auburn is in the Top 25 and Notre Dame is not. And there’s so much more that’s yet to come.

Here are 14 bold predictions for the second half of college basketball season.

There won’t be a clear favorite heading into March Madness

There is a complete cluster at the top of every set of rankings right now. Villanova and Michigan State are separated by 0.44 points for the top spot on KenPom, whereas West Virginia is just behind the Wildcats in both the AP and Coaches Poll (the Mountaineers are 10th on KenPom). The No. 1 team has changed for three straight weeks at the top of the AP Poll.

And there’s not much reason to think that dynamic will change. Villanova has the best chance of staying at the top, but the Wildcats close the season with a slew of away games — including at Xavier, Creghton, and Seton Hall. It’s more than conceivable that stretch takes ‘Nova out of the top (if it hasn’t been knocked off already) and throws things into doubt just before the season ends.

Wichita State will not win the American

The Shockers were underwhelming in non-conference play, losing to Notre Dame in Maui and to Oklahoma at home. They let teams like South Dakota State and California play them close — the former at home.

Wichita State will be fine, but there isn’t much reason to believe it can beat Cincinnati in the American. Right now, the Bearcats are a better team, boasting the second-ranked adjusted defensive efficiency in the country and placing third in offensive rebound percentage, per KenPom. Right now, Cincinnati should be favored, plain and simple. 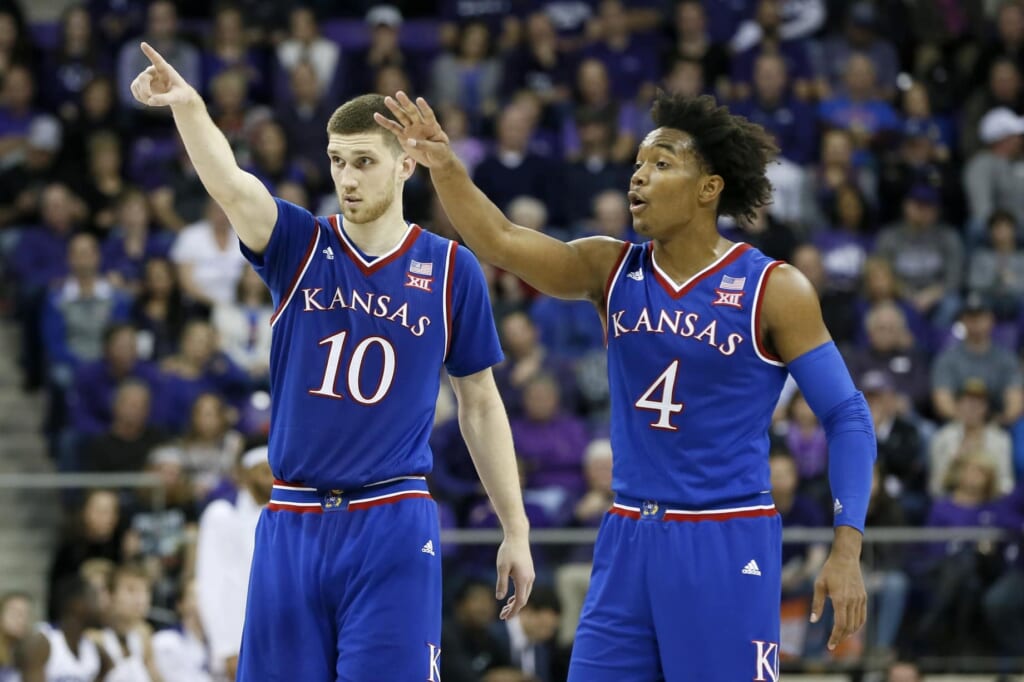 The Jayhawks have won the Big 12 regular season title every year since 2005. But not this time around.

The conference is utterly stacked. Texas Tech, West Virginia, Oklahoma, and TCU are all in KenPom’s Top 25 (in addition to Kansas itself, of course). The Red Raiders are the only one of those ahead of Kansas right now, but Texas Tech beat the Jayhawks at The Phog already. The rest of those teams will play Kansas tough both home and away, and the Jayhawks have shown a propensity to play down to competition after losing to Washington State and beating Nebraska by just one in non-conference play.

It’s tempting right now to say the Sun Devils are due for regression. It’s rare that a team comes out of nowhere like this and, moreover, Arizona State has lost two of its last three. That includes a defeat at Colorado, which is 112th inn KenPom’s rankings. But the Sun Devils look like they’re for real.

ASU is favored in all of its remaining regular season games by KenPom’s projections. The Sun Devils won’t wiin them all, but the Pac-12 isn’t very good. Outside of Arizona, who they’ve already played on the road, there isn’t another team in the Pac-12 which is in KenPom’s top 40. How far Arizona State goes into the postseason is another question, but there’s not much reason to think they fall off in Pac-12 play.

This would be the first time the Tigers pulled off such a feat in the regular season since 1999, but there are two big reasons to think Auburn will do it.

First, the SEC is relatively weak. The operative word there is relative — the SEC is still one of the three best conferences right now — but there’s no clear frontrunnner. Kentucky doesn’t have its normal crop of blue-chippers and Florida dropped a game to Loyola Chicago in non-conference play. The Gators have also let Vanderbilt and Missouri play them close early in conference play. Michael Porter Jr.’s injury tanked Mizzou’s season, Alabama is on and off, Texas A&M dropped its first three conference games, Arkansas and Tennessee are both 1-2 in the SEC right now. Someone can break in.

The second reason is that the Tigers are legitimately good. Auburn is 28th in the KenPom rankings right now, its only loss coming to Temple all the way back on November 17. It won a tough game at Tennessee to start conference play and followed that up by beating a feisty Arkansas at home. Though the Tigers played a weak non-conference schedule, they’ve looked the part in conference play so far.

Alabama does not go dancing 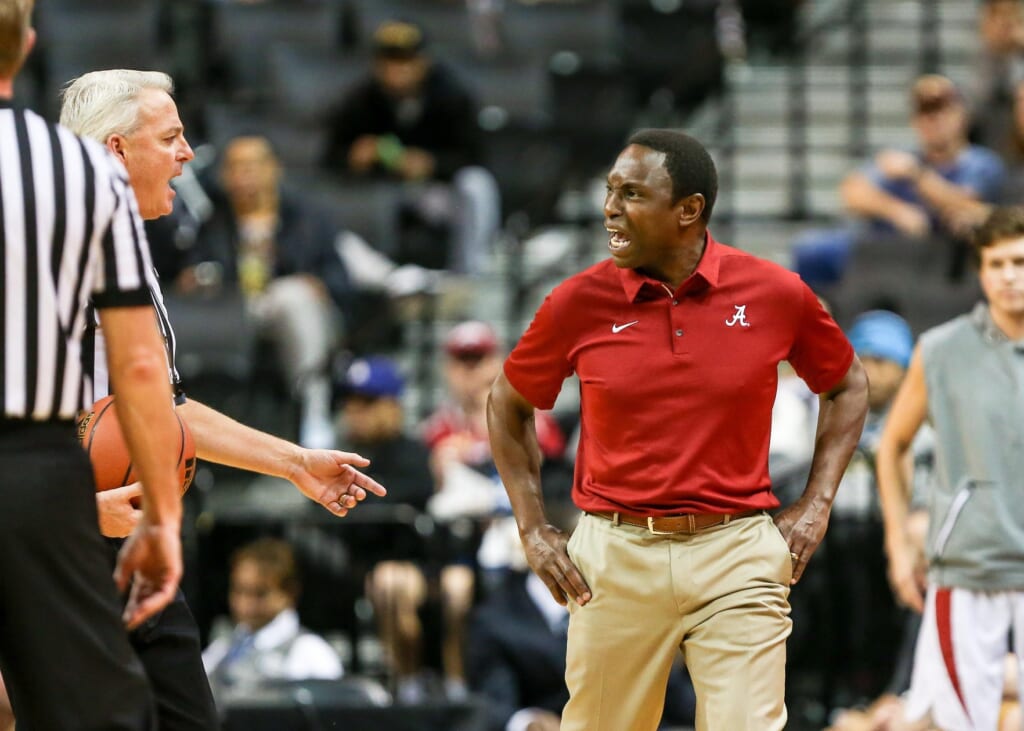 The Crimson Tide are really fun to watch, if only because of Collin Sexton. Sexton is the type of one-and-done scorer so good it seems almost an illusion that he picked Alabama and not, say, Kentucky. But he’s looked the part in Tuscaloosa. Sexton is putting up 20.6 points, 3.4 rebounds, and 3.4 assists per game on a 51.9 effective field goal percentage.

But the rest of the team doesn’t look good enough. ‘Bama lost two of its first three in conference play, including a game at Vanderbilt it should have won. It lost at home to UCF and got blown out by Texas in non-conference play. Despite Sexton, the Crimson Tide are 92nd in adjusted offensive efficiency, per KenPom. Right now, this isn’t a tournament team.

We’ll stop short of saying the Tigers win the conference outright, but that’s more of a possibility than you might think. Clemson is quietly 15th in KenPom rankings right now. The Tigers haven’t built a resume yet — their best wins are over a decent enough Florida and an Ohio State team we didn’t know was good at the time. However, they are 10th in adjusted defensive efficiency right now and playing good basketball.

Clemson will get some serious tests in the ACC sooner rather than later. It has four straight games against Miami, UNC, Notre Dame, and Virginia starting on Saturday. That stretch will define their season, but if the Tigers come go 2-2 there, defending home court and losing on the road, it will show people they’re for real.

That doesn’t mean Young will fall off a cliff. It doesn’t even mean he won’t win National Player of the Year. But we’ve seen his best.

It seems hard to believe that a major conference would have just four bids, but if you go team-by-team, it makes sense.

Right now, Iowa, Illinois, Rutgers, Northwestern, Indiana, Nebraska, and Wisconsin are all out of the conversation. That doesn’t mean none of them could climb into it, but all are below KenPom’s top-70 right now.

Minnesota and Maryland — two sure-fire tourney teams before the season — have caught the injury bug. Penn State has lost disappointing games to Wisconsin and Rider.

That leaves just four teams: Michigan State, Purdue, Ohio State, Michigan. The first two are both in the top five right now — nobody’s questioning their credentials. The Buckeyes are probably the only team in the conference playing above expectations right now after beating then-No. 1 Michigan State on Saturday. Michigan won’t blow anybody away, but the Wolverines are good enough to get in right now, though a disappointing Big Ten performance could tank that. Hard as it is to fathom, the math checks out.

Kentucky finishes the regular season out of the Top 25 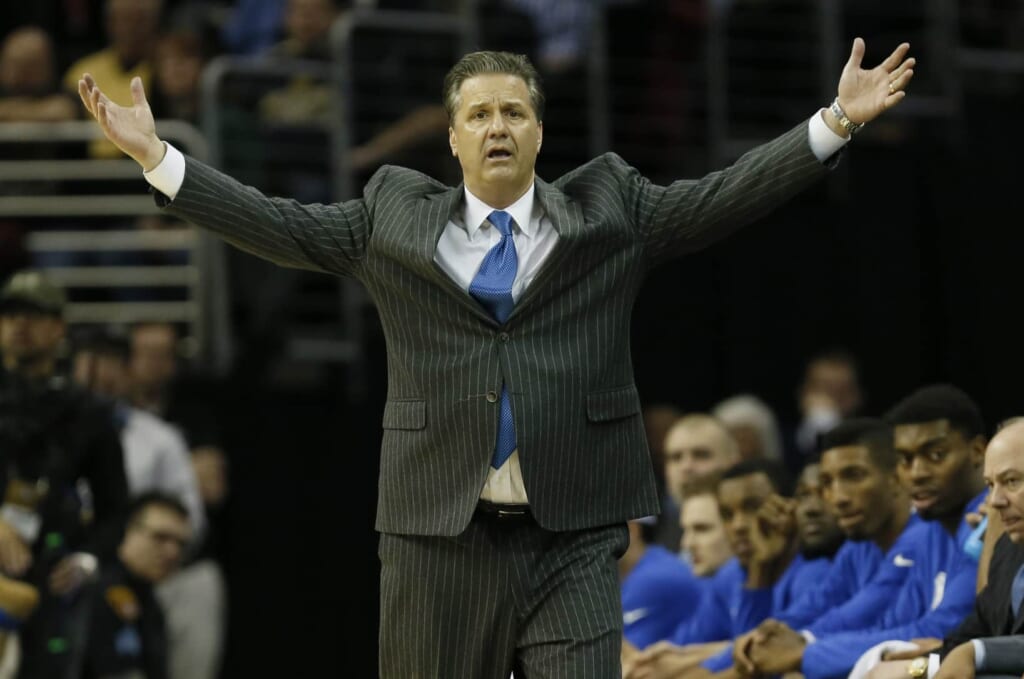 The Wildcats haven’t been bad by any means this season — Kentucky is 12-3 and 22nd in KenPom rankings. However, the Wildcats are not as good as normal this season.

Though Hamidou Diallo and Kevin Knox are both potential lottery picks, John Calipari is without a sure-fire top-five pick. Right now, this team is good, but not great. Kentucky is going to struggle on the road, as it did in losing to Tennessee last Saturday, and the SEC doesn’t give you many games off. The Wildcats are still capable of going on a tournament run, but Kentucky’s regular season feels like a disappointment in waiting.

Kevin Ollie will be the first coach fired

Before the season, the consensus was that it would take a disaster for Ollie to be on the hot seat.

Right now, UConn is 8-7, having lost to every top-50 team it’s played by KenPom rankings, as well as Tulsa. The Huskies needed overtime to beat Columbia and Monmouth at home during non-conference play and are projected to go 14-17 on the year by KenPom. That would be Ollie’s second straight season going under .500 after UConn had been above that watermark every year from 1986-2016. The Huskies are poised to miss the NCAA Tournament for the third time in four years. If that doesn’t qualify as a disaster, nothing does.

At 11-3, non-conference play was a mixed bag for the ‘Dawgs. Mark Fox’s squad mixed wins over Saint Mary’s and rival Georgia Tech with losses at pitiful UMass and against San Diego State, a school right next to Georgia on the bubble.

The Bulldogs will go through a gauntlet in the SEC for a month straight starting next week. It will require some road wins, and one or two upsets, for Georgia to stay in the mix. However, the Bulldogs are playing great defense right now, ranking 24th in adjusted defensive efficiency and holding Alabama to just 46 points last Saturday. This will be an uphill climb, but Georgia is capable.

Rhode Island is the only Atlantic-10 team in the tournament 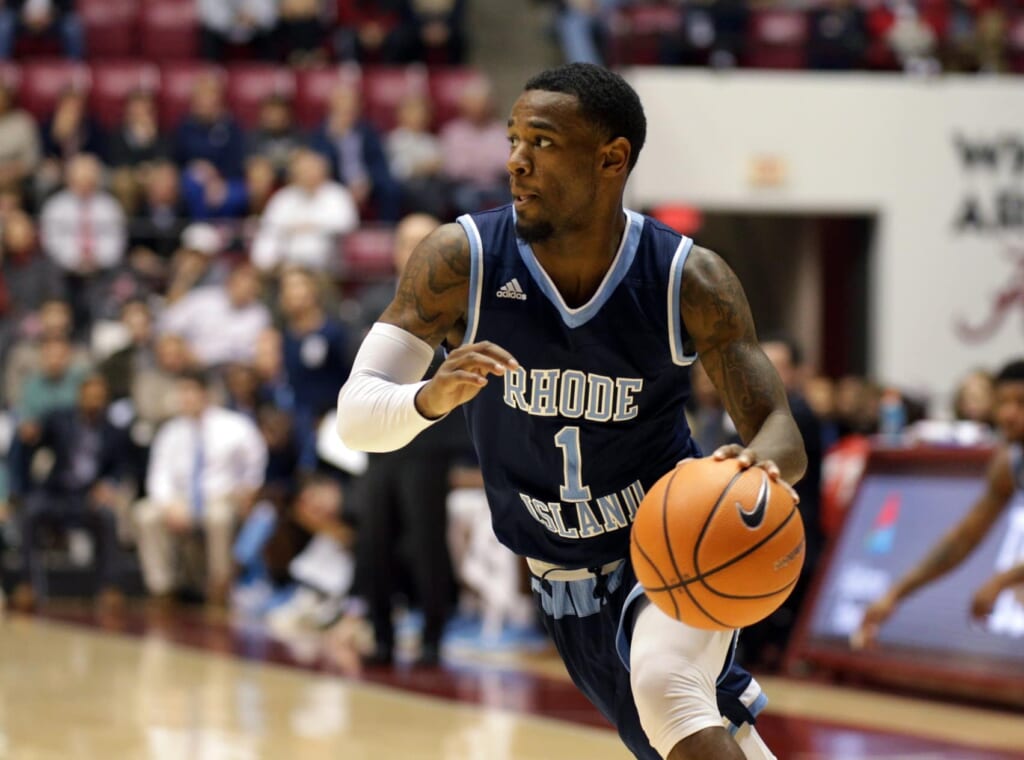 Between URI, VCU, and Dayton, the A-10 is usually good for a couple tournament bids every year. However, Rhode Island is the only team from the conference in KenPom’s top 50 right now.

VCU is seeing a down year and failed to build any sort of resume in conference play. Dayton is struggling to find a rhythm after losing Archie Miller to Indiana annd sits at 7-8 right now. St. Bonaventure is the only other team looking capable of making a run right now. However, that seems far-fetched after the Bonnies dropped conference games to the aforementioned Flyers and St. Joe’s. A loss to Niagara to open the year will come back to bite St. Bonaventure as well. Without winning the A-10 tournament, it’s tough to see the Bonnies getting in.

The Orange are firmly on the bubble right now, which is a tough place to be as ACC play ramps up. Syracuse did well in its non-conference slate, but the Orange have lost disappointing games to St. Bonaventure and Wake Forest already. Outside of Notre Dame, they have yet to play any of the ACC’s powers.

Syracuse can beat up on the likes of Pitt, NC State, Boston College and Georgia Tech, but it’s hard to see them beating a Duke, Miami, or even Louisville. The Orange are 127th in adjusted offensive efficiency right now and the schedule isn’t about to get easier. As good as their defense is, Syracuse won’t be able to hang with the ACC’s best, a fact that will eventually doom the Orange to the NIT.