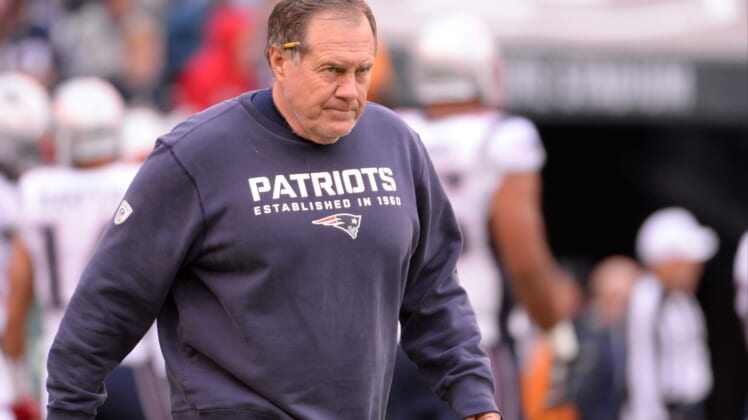 During Sunday’s AFC Championship Game at Arrowhead, video showed Tom Brady appeared to be getting targeted by a fan with a laser pointer.

On Tuesday, head coach Bill Belichick was asked for a comment about the incident, and he might as well have said, “We’re on to Cincinnati.”

“Yeah, right now we are really focused on getting ready for the Rams. That’s what I’m working on,” he said, per ESPN’s Mike Reiss.

When Asked a follow-up, he said, “Working on the Rams.”

The NFL is reportedly looking into the incident with the laser pointer.

It should also look into the fan who threw a beer can at the Pats after the game-winning touchdown in overtime (video here). There’s no room for that kind of behavior.