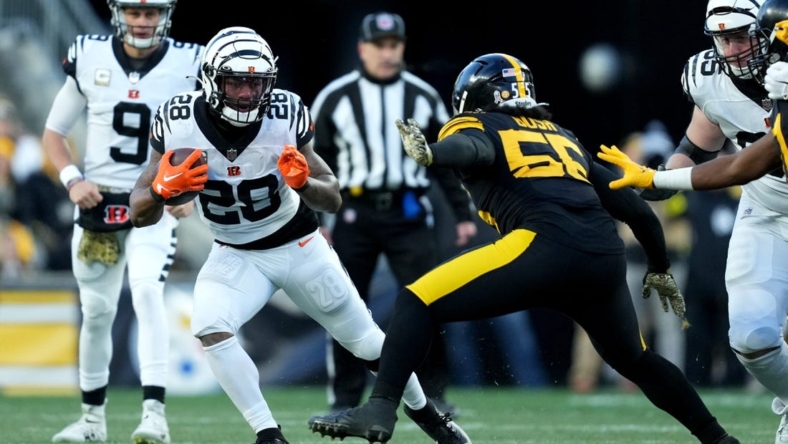 Bengals running back Joe Mixon sustained a concussion during the second quarter of Cincinnati’s 37-30 win over the Pittsburgh Steelers on Sunday.

Mixon didn’t return to the game after Levi Wallace brought him down following a 7-yard carry with eight minutes left in the second. He recorded 20 yards on seven carries and had three receptions for 42 yards prior to exiting.

Samaje Perine took over as lead back and finished with three receiving touchdowns.

Mixon had a breakout game last week against the Carolina Panthers, racking up 211 yards from scrimmage (153 rushing, 58 receiving) and five touchdowns (four rushing, one receiving).